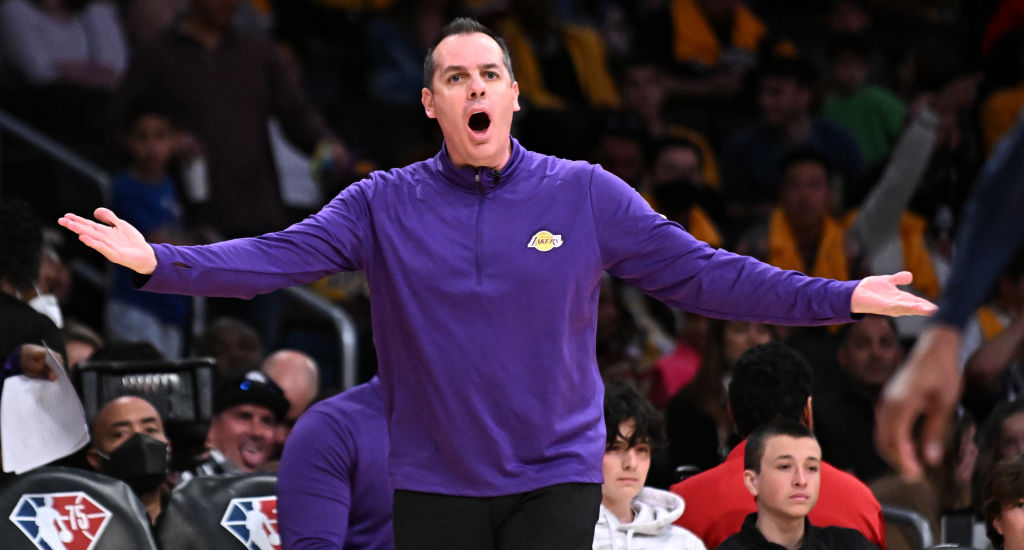 The Los Angeles Lakers are apparently going to shake things up this offseason by bringing in a new head coach. In the moments immediately following the team’s 146-141 overtime win in its season finale against the Denver Nuggets, Adrian Wojnarowski of ESPN reported that the Lakers decided to fire head coach Frank Vogel.

The catch: Wojnarowski reported that the decision would “be shared with him as soon as Monday.” The implication, of course, is that while Los Angeles is going to fire Vogel, he was not made aware of the decision before word of it went public. Well, after the game, Vogel — who is still employed! — sat down with the media for his usual postgame press conference and got asked about the report, which led to the following response:

“I haven’t been told shit, and I’m gonna enjoy tonight’s game, celebrate what these young guys did, in terms of scratching, clawing, getting back in this game, getting a W, and we’ll deal with tomorrow tomorrow,” Vogel said.

Vogel spent three seasons at the helm of the Lakers, accruing a 127-98 record with the franchise. Most notably, Vogel led the team to a Larry O’Brien trophy in 2019-20, as the team won its 17th NBA championship in the league’s Orlando Bubble.