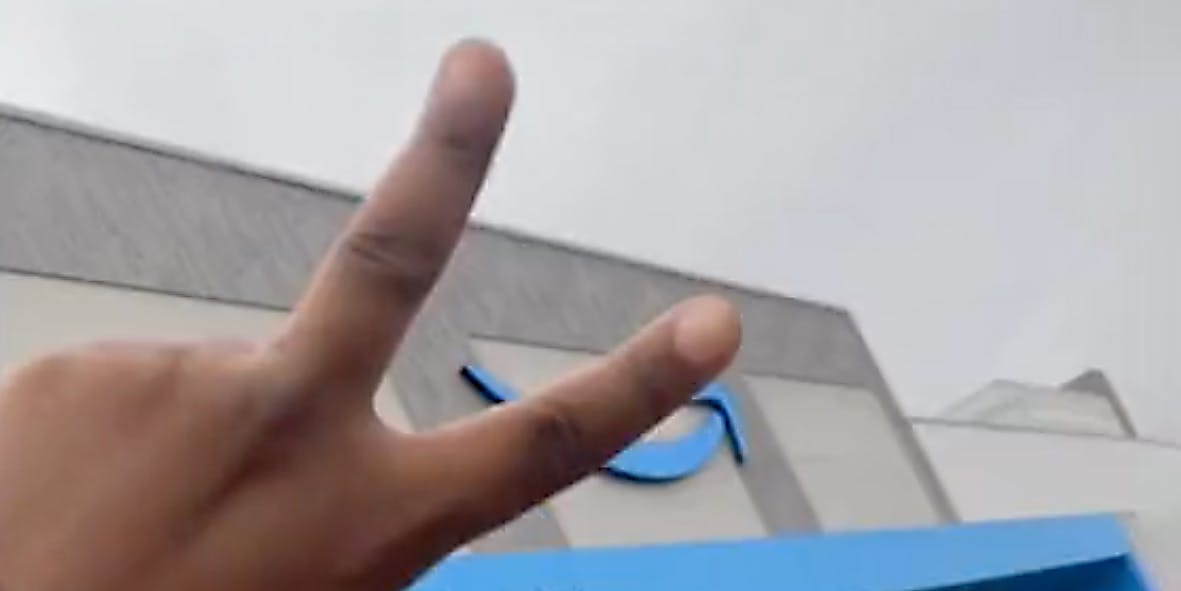 No stranger to workplace controversy, Amazon is now under fire in a viral TikTok for its “Voluntary Time Off” policy at warehouses.

VTO, or voluntary time off, is offered to most low-level warehouse employees at Amazon. It is an optional choice for employees to end their shifts early without getting paid.

A viral TikTok posted this month by user Bando Lil Tay (@bandoliltay) has over 137,300 views. The video shows Lil Tay at an Amazon warehouse with the caption “when you just getting to work and as soon as you sign in you get that message on your screen.”

The video then shows a message on a screen in the warehouse saying “yo come get this VTO better not tell anyone.” Lil Tay then shows himself leaving the warehouse, giving a peace sign.

The video sparked controversy in the comments section. Many users expressed how tempting the VTO policy is.

“I be breaking my ankles getting out that door,” one user commented.

“My job has been offering VTO & I keep saying I need to stop taking it but when it comes available I take it,” another replied.

“Why do they do this??? Too many employees not enough work?” a fourth asked.

According to a Medium story written by Will Romano, a journalist and former Amazon warehouse employee, warehouse workers are often offered VTO on “non-busy” days.

But those who choose to stay—often because they cannot afford to take the day off—are apparently left to pick up the work of those who left for VTO. And sometimes, the day gets busier and harder to handle for those who are left behind.

“I and other wall builders were left hustling between multiple trailers—doing the work of two or three people at once—while Amazon paid one worker for it,” Romano wrote online

Advertisement
, “We were forced to load boxes at a constant pace into the trucks where air-conditioning was nonexistent and temperatures often felt above 100 degrees.”
Advertisement

Not only is Amazon forcing employees left behind to take on extra “back-breaking” work, but they’re getting millions in tax breaks while doing it.

Amazon makes deals with local governments to bring in jobs in exchange for substantial tax cuts. But when workers take VTO, it seems their employment may still count toward tax breaks even though Amazon is sending them home without pay.

Unfortunately, there isn’t much information to be found online about the details of Amazon’s VTO policy. It’s unknown how often VTO is offered, how that translates to employment records, and how warehouses determine when to offer it.

In the comments section of Lil Tay’s TikTok, users shared that they are often offered VTO multiple times a week.

“I remember everyday over the summer they use to stay sending me vto requests,” one user said.

“They be offering VTO a week in advance for the whole week,” a second user replied.

“Ive been working at my new spot for 3 months and Ive only done 3 weeks of work,” a third said.

“We’ve had VTO everyday the past three weeks and I’ve took advantage of everyday of it. Bad part the missed money. I’m tired!” another commented.

This is not the first time Amazon has been confronted for harsh workplace practices. It has also come under fire for punishing employees for using the bathroom; intrusive workplace surveillance; taxing physical labor; and short break times.

The Daily Dot reached out to the Amazon press team via email and Bando Lil Tay via TikTok comment.

The post ‘I be breaking ankles getting out that door’: VTO policy at Amazon warehouse under fire in viral TikTok, sparking debate appeared first on The Daily Dot.