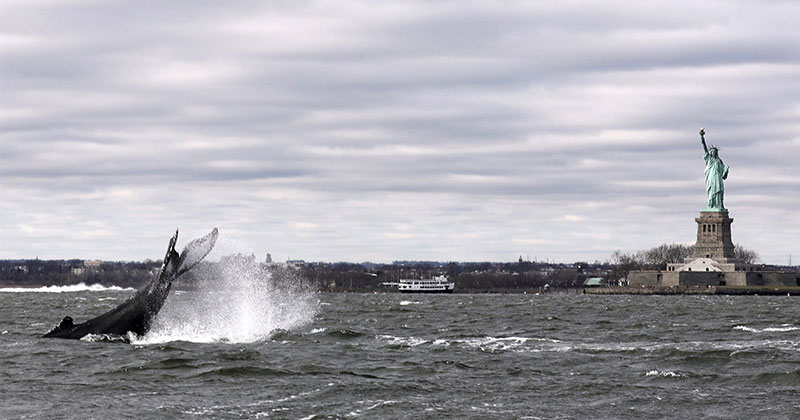 A humpback whale was recently spotted in the New York Harbor near the Statue of Liberty and Ellis Island. The photo was taken by Bjoern Kils who operates New York Media Boat, which provides city tours from the water primarily for news crews and magazine photographers.

“It’s a bit of a silver lining with Covid that there’s not much boat traffic out here, and the whale has a very good chance of getting out into the ocean,” Kils told NBC News

Kils estimates the humpback was about 40 ft long and told BBC News that he regularly sees other marine life, such as seals, but hasn’t seen a whale since 2016.

“At this time of year the harbour typically becomes full of menhaden – a fish that humpback whales feed on. This is what drew the whale so close to the city,” Mr Kils suspects. [source]