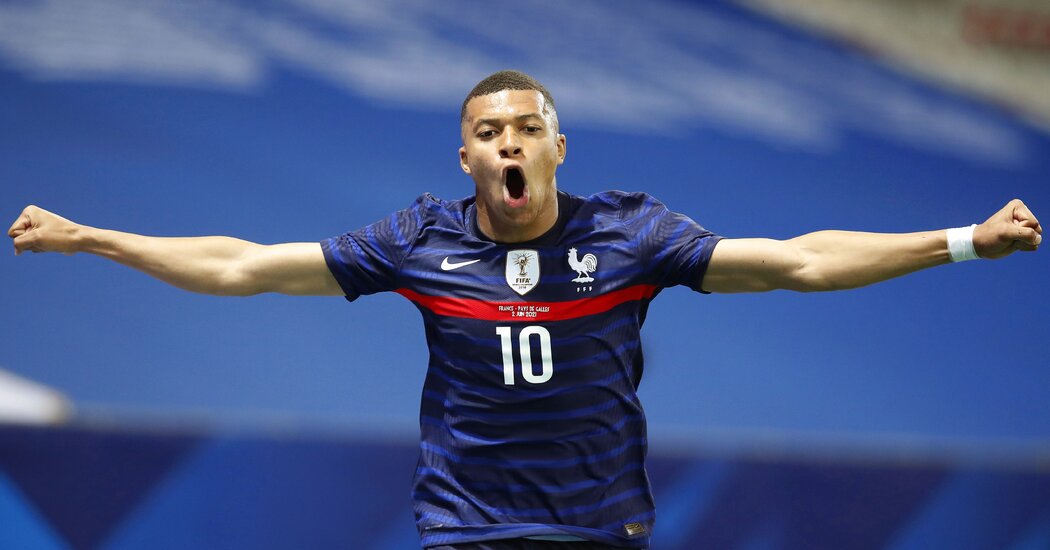 The European Championship, generally considered the biggest soccer tournament after the World Cup, is being held this summer after a year’s delay because of the coronavirus pandemic. Here’s a rundown on the teams, the players and the host cities for what is still being called Euro 2020.

When and where is the tournament?

The Euros, like the World Cup, traditionally have been hosted by one country, or two in partnership. But for the current edition, European soccer’s governing body, UEFA, decided to spread the games around to at least a dozen cities across Europe. The choice was not universally supported, given the inherent logistical hurdles of managing sites as far apart as Spain and Azerbaijan. But it turned out to be an even more awkward decision once the coronavirus hit.

First, the entire tournament was postponed a year. Then, only weeks before the first game, coronavirus restrictions for several more changes: Dublin lost its games, and several matches in Spain were shifted to Seville from Bilbao.

The first game, Italy vs. Turkey, is June 11 in Rome. The knockout stages begin on June 26, and the semifinals and final all will take place at Wembley Stadium in London. The final is July 11.

Twenty-four teams qualified for the tournament, including all the major European powers you would expect: France, Spain, Italy, Germany, England. New rules created qualifying paths for lower-profile countries who normally miss out, allowing North Macedonia to qualify for the first time. Finland, which qualified in the traditional way, is also making its debut.

Qualifying knocked out regular faces like Serbia and Norway, and Romania and Azerbaijan will host games even as their teams failed to make the field.

The absence of Norway will mean no Erling Haaland, whose transfer saga may be the story of the summer. Also missing will be Zlatan Ibrahimovic of Sweden, who has a knee injury, and the veteran Spain defender Sergio Ramos, who was omitted by his coach because of fitness concerns. The Netherlands goalkeeper Jasper Cillessen was dropped after testing positive for the coronavirus, and Germany’s Toni Kroos has only recently returned to training after a recent bout with it.

Advertisement
. His status for the monthlong tournament is unclear.

Will fans be allowed?

Yes, but the numbers and rules vary by city, and the rules are still changing. Scotland recently urged its fans, who can attend games in Glasgow, not to travel to London when the team plays there.

The shifting of matches may not be over, either. As teams advance, the tournament schedule still could be affected by rules about travel set by various European governments.

Who has won in the past?

Portugal is the defending champion. The tournament dates to 1960, and Germany and Spain have the most wins, with three. England is the highest-profile team never to have won it (or even made the final).

Who is going to win this time?

France is the favorite in the betting at this stage, with England just behind. But the tournament is considered quite open, with Belgium, Spain, Germany, Portugal, Italy and the Netherlands all given a fighting chance. Slovakia and Hungary have the longest shots, at 500-1 or more.

You can also bet on who will score the most goals: The current favorites there are Harry Kane of England, Romelu Lukaku of Belgium, France’s Mbappé and Portugal’s Ronaldo.

How does the tournament work?

The 24 teams are divided into six groups of four and play three games each in the preliminary round. The top two teams from each group, plus four of the six third-place teams, all advance to a 16-team knockout round.

After that, it’s single elimination, with tied games heading to extra time and then penalty kicks, if necessary, to produce a winner.

How can I watch?

In the United States, the bulk of the games will be on ESPN, with a few on ABC. When two games are played simultaneously, one will run on ESPN2 instead. For Spanish language coverage, many games will be on Univision. Games also will be streamed on ESPN+.

Now, the most important question. Is there a mascot?

Yes. He is Skillzy. He is reportedly inspired by “freestyling, street football and panna,” which is a fancy term for a nutmeg, the move in which a player kicks the ball through an opponent’s legs.

Like many sporting mascots, Skillzy has drawn a mixed reception. You be the judge.