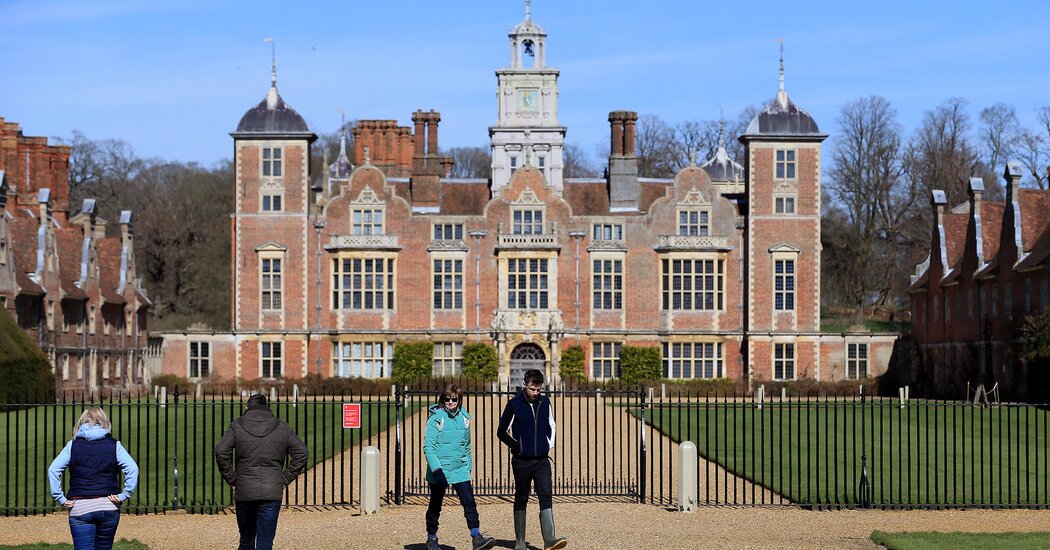 Blickling Hall, one of the more than 500 historic castles, houses, parks and monuments maintained by the National Trust, has a large collection of valuable items that the charity is eager to protect.

Blickling, a 17th-century red-brick property, sits on the foundations of a manor house that is thought to have been the birthplace of Anne Boleyn, King Henry VIII’s second wife (beheaded in 1536). A star of the hall’s collection is an 18th-century tapestry of Czar Peter I of Russia, given by his eventual successor, Catherine the Great, to one of the building’s former owners.

The building’s moth problem has worsened for years, though the insects have caused only minimal damage to its treasures so far.

The anti-moth campaign will begin early next month and continue through the rest of the year. The National Trust has previously used wasps and the pheromone technique separately for short stints, to varying success, but the charity will try both together for the first time at Blickling.

Using wasps to control moth and other insect problems is a technique already used widely in agriculture, particularly in greenhouses, said James Kitson, an ecology and agriculture research fellow at Newcastle University in Britain. The measure works best in controlled environments, and could work well inside the hall, he said.

The wasps are unlikely to leave the house, as their entire and extremely short life cycle is focused on finding a mate and a new host, Dr. Kitson said. “When these things get outside into the real world, they have to compete against hundreds and hundreds of species that are also doing the same things to other native moths in the area,” he added.

If the trial significantly reduces the moth population, Ms. Jarvis said it could be used in the charity’s other properties experiencing the same problem.