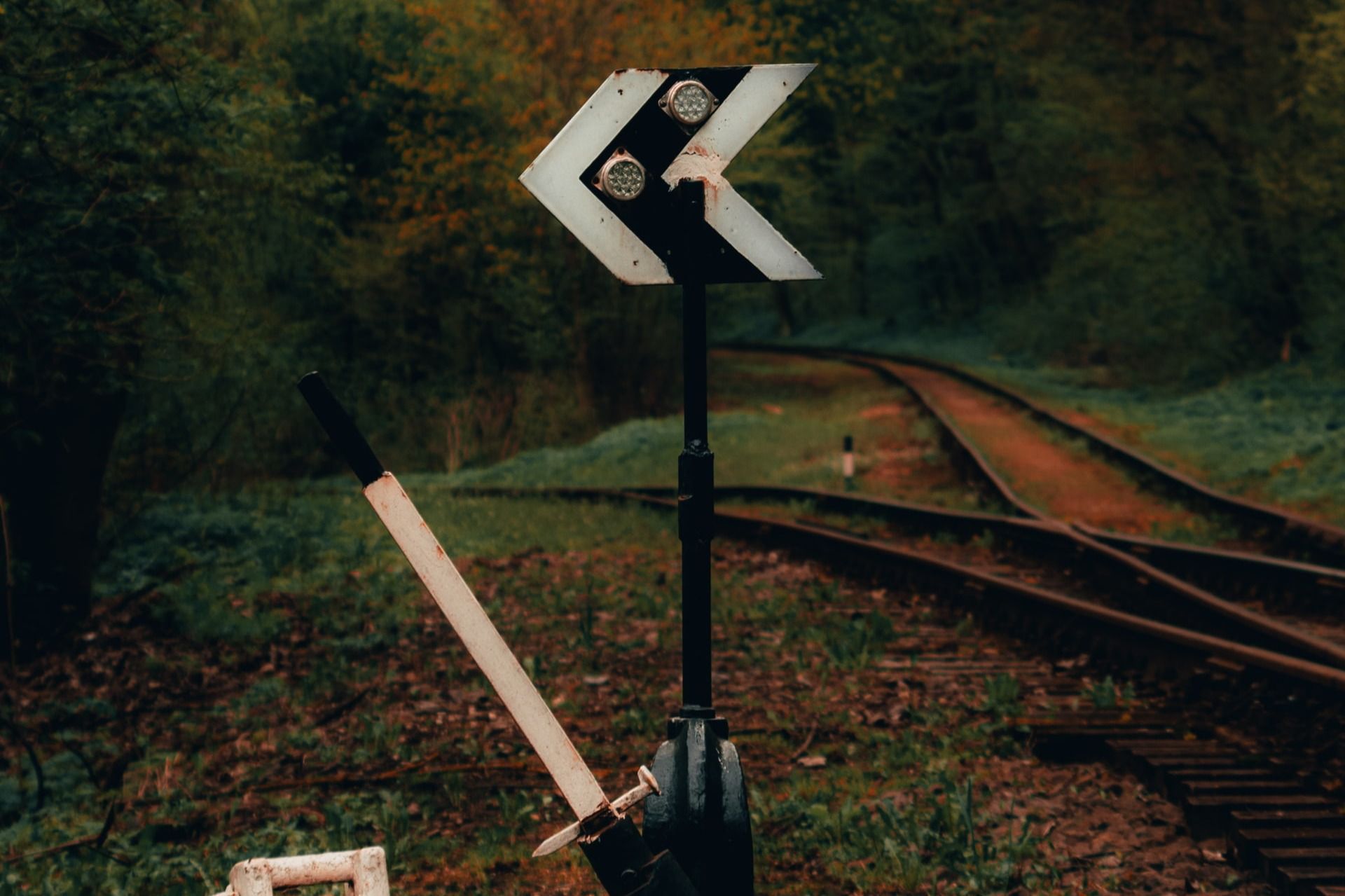 MRR is the scoreboard where you can rank how you are doing compared to other SaaS companies. MRR (or close derivatives such as MRR Growth Rates) is the primary metric that most B2B companies measure themselves by. There are only 5 ways to increase your company’s MRR growth rate. Each of these five levers should have an internal owner who is responsible and accountable for their particular metric. Expansion and reactivation are usually fairly clear cut in most organizations, owned by account management. Churn is sometimes more nuanced but is usually owned by a leader in customer success.

In a recent post, we set out to answer the most common questions people have about MRR. Unsurprisingly, many of those rotated around the best ways SaaS companies can grow their MRR. In this article we look at two elements of MRR growth that often fly under the radar — expansion and reactivation.

MRR is the scoreboard where you can rank how you are doing compared to other SaaS companies. While there are other metrics that are used to understand SaaS businesses, MRR (or close derivatives such as MRR Growth Rates) is the primary metric that most B2B SaaS companies, their CEOs, and their investor partners measure themselves by. Most SaaS CEOs that I meet are obsessed with their MRR, but many don’t think about all of the levers available to them in growing MRR.

When I took my first assignment as a Head of Growth a couple of years ago at a B2C company that I co-founded, I struggled with where to start? There are unlimited ways that one can grow a business. That is actually the problem: too many options!

The engineer in me desired simplicity. I took a step backwards and broke down the five components of MRR, which then guided what I should own and what I should ask my colleagues to assist on.

If you were to sit in a leadership team meeting at your typical SaaS business, and you asked Who is responsible for MRR growth? eyes in the meeting would likely shift towards the VP of Sales or the VP of Marketing. However, this is a very narrow lens through which one should view growth.

There are five MRR levers available to a company when trying to grow a SaaS business. Each of these five levers should have an internal owner who is responsible and accountable for their particular metric. So much so, that those business owners should be tracking and reporting progress towards those metrics on a weekly basis.

The five ways to increase the rate at which you grow MRR are:

While you could write a book on each of these five metrics, I’ll simply ask who is accountable for each of these metrics in your organization?

New Business MRR is the easiest to answer for as this is usually owned by the Head of Sales or — in a B2C business — the Head of Marketing.

Churn is sometimes more nuanced but is usually owned by a leader in customer success — though the argument can be made that sales, marketing, product, and engineering also impact churn.

Expansion and Contraction are usually fairly clear cut in most organizations, owned by account management.

What about Reactivation? The answer is often Nobody, or at best Marketing sort of owns it.

There are a multitude of articles written about the big two levers: New business and Churn. I believe, however, that it’s worth recognizing that expansion and reactivation can have an appreciable — even a substantial — impact on your business’s MRR growth.

To start, it sometimes helps to visualize the data. I find that waterfall diagrams are very useful in this case, and can easily be made by extracting your businesses data from ChartMogul and placing it in a spreadsheet. It’s a very simple and powerful way to visualize your MRR movements, all you need to do is simply grab five numbers from ChartMogul and put it in a spreadsheet and chart it.

For now, let’s assume like most companies you are putting a lot of focus on new business and churn MRR. What if, like in my fictitious example above, churn eats up most or all new business MRR. That can be very sobering, and unfortunately, very real to many SaaS businesses.

The good news is that there are two other major growth vectors to help drive the business forward in a real way while you continue to attempt to find product/market fit.

For SaaS businesses increased Net Expansion (Expansion minus Contraction) can and should be a considerable growth vector. What if for every $1 of new business MRR, you could generate $2 of net expansion MRR?

In the early days of the company, net expansion should be owned by the CEO and the founders. There are many ways to design your product for increased expansion (and reduced contraction), but two of the primary things to consider are:

It’s worth doubling down on this — the pricing model that you put in place early on to enable net expansion growth will set the course for the effectiveness your account management team realizes in driving net expansion later on. When you designed your pricing model how much thought and effort went into it, a few hours?

As your company grows and learns from your early customers, I believe you should revisit your pricing model. Probably more than once. It’s likely you didn’t get it right the first time, and maybe even the second time.

While there are a tremendous number of things to consider in setting up your pricing model, I think the most important thing to remember is that it can be changed and improved. The second thing I would suggest is putting yourself in the place of your customers when thinking about the best model for your business. Your customer bought your product for a reason — they get some form of value. Under what scenario would they be excited to give you more money?  The answer is likely not “more seats” or possibly even “more features”.

Sitting at the very bottom of the funnel is reactivation. You might be surprised at how large of a component of your MRR movements reactivation is to your business. This is especially true if you run a B2C business. I’ve seen cases where reactivation each month is 30%+ of monthly churn. In other words, for every ten customers you lose, three come right back to your product. And the effort required to win them back is fractional when compared to the resources required to win a new customer. They already know your brand, understand your pricing, and have used your product before.

The reason reactivation can be more profound in B2C businesses is that customers many times churn by accident or simply want a brief pause. Despite seeing in-app warnings and multiple emails that their credit card is going to expire, they sometimes don’t act — this is why it’s sometimes referred to as “passive churn”. People are busy, they take vacations, they get interrupted, many times they don’t think about you until they need you. Only to find their account has been downgraded. Proactive win-back campaigns can be very effective. When designing these campaigns keep in mind they usually require re-entry of billing information — so do your best to streamline that process for your returning customers.

In the B2B world churning is usually much more intentional — many times referred to as “active churn”. That doesn’t mean that your former customer will not come back, many times they try competing products only to realize that the grass isn’t greener elsewhere. Periodic proactive nurturing after churn can bear fruit.

In many organizations I find that reactivation is a forgotten lever, one of those that nobody seems to really own and take seriously. In B2B businesses customer success and marketing can play a big role, in B2C businesses it’s usually marketing that can have the biggest impact on reactivation. Almost every product that you cancel asks you for a reason that you are leaving their product — that data, mostly ignored in many organizations, can be gold. Identify and understand the top two or three reasons that your customers are churning. Then, I suggest creating two marketing or outreach campaigns. The first is trying to win-back your former customers over the 90-180 days following their churn. The second campaign is designed for the longer term, periodically checking in letting former customers know that your product is getting better each passing day. In each campaign you can address the top two or three issues identified as the reason most of your customers churned.

The underappreciated levers of MRR growth

There are only 5 ways to alter your business’s MRR growth rate. You are likely honed in on growing new business, and nipping churn in the bud. There are however two levers I’ve suggested that can bear similar fruit. They come with a great benefit — a customer (or former customer) that already has a relationship with you. They know who you are, and more importantly, they’ve passed the initial hurdle in buying from your company. With focus and ownership, a successful company can turn these two levers into growth vectors that rival or exceed your gross new business MRR. Imagine that, as you move towards product/market fit you might have a company that someday hypothetically doesn’t need any new customers to grow and survive!