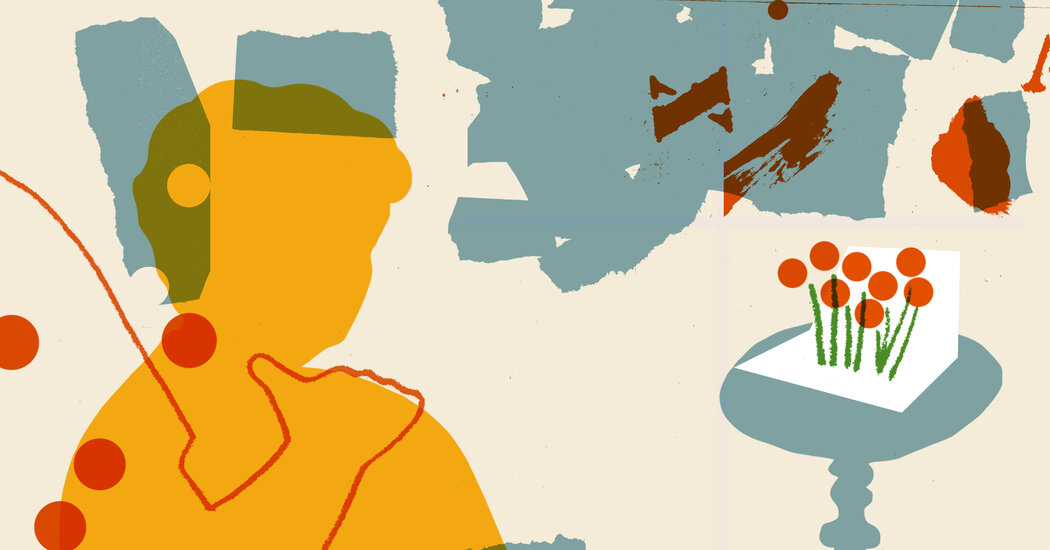 While the nursing assistants came to change Peggy’s bedding, I talked to her treatment nurse in the hallway. When Peggy had arrived at this facility about two weeks earlier, she had bedsores on her heels and on her lower back. In Peggy’s room, her nurse changed her bandages, pointing out the wounds on her heels, which did not look too bad, but on her back, just above her tailbone, was a dinner-plate-size sore, yellowish and raw. “That has gotten so much better,” the nurse said, her finger air-tracing a circle that was about a third larger than the one I could see.

Both bedsores and pulmonary embolisms can be caused by lying in the same position for too long. No one accused her previous nursing home of neglect, but they made it clear that when she arrived, the sores were already there. They had developed over the first four months of the Covid shutdown when my sister, her primary advocate, was not allowed to visit.

Her bandages changed and her sheets fresh, Peggy was turned on her side. Her eyes were calm and as she drifted off to sleep, I could see that she knew who I was.

While she slept, I explored her room to see what remnants of her curious and acquisitive life had persisted into that institutional space. Her photo album was sticky, its pages crackling with age. I knew many of those photos. There she was as a bridesmaid, tall and deeply tanned, her blue eyes bright, holding the hand of our father, who did not live very long after that picture was taken. There were photos of us as the five sisters we once were, and one of Peggy, 10 years older than me, standing in as surrogate mother at my high school graduation. There was a photo of the boyfriend who followed her to the ends of the earth but to whom she was not able to commit. There are photos from our house in New Jersey, of nieces and nephews, leafy patios and swimming pools, and Peggy on her skis.

They were from a life that none of us live anymore and they ended around 2005, when my mother sold her house and moved into assisted living, leaving Peggy, for the first time in her life, without a place to land. Her bipolar disease, which she struggled to manage, began to eat away at the life she’d built for herself before Alzheimer’s came to finish the job.