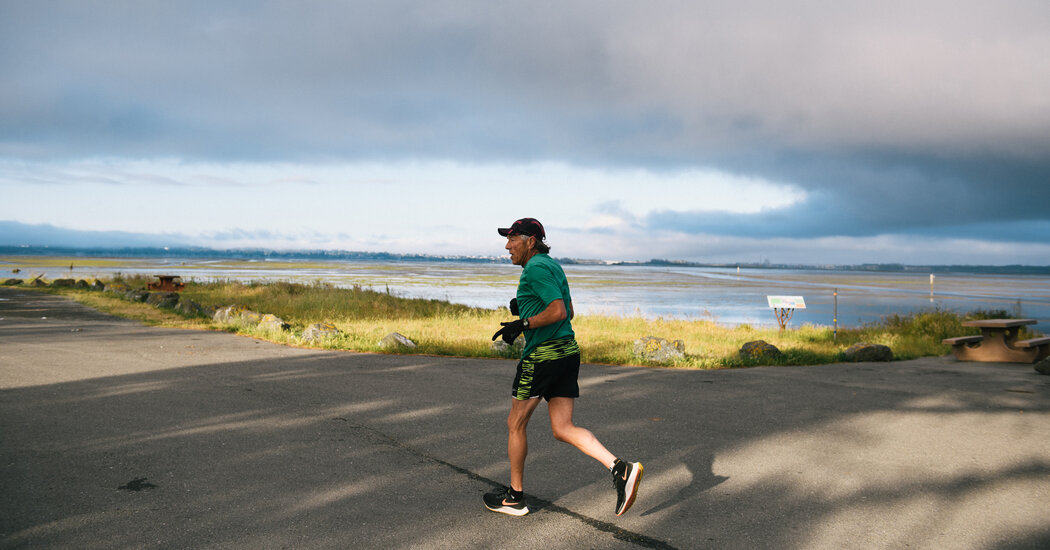 An intriguing new study shows how exercise may bolster brain health. The study was in mice, but it found that a hormone produced by muscles during exercise can cross into the brain and enhance the health and function of neurons, improving thinking and memory in both healthy animals and those with a rodent version of Alzheimer’s disease. Earlier research shows that people produce the same hormone during exercise, and together the findings suggest that moving could alter the trajectory of memory loss in aging and dementia.

We have plenty of evidence already that exercise is good for the brain. Studies in both people and animals show that exercise prompts the creation of new neurons in the brain’s memory center and then helps those new cells survive, mature and integrate into the brain’s neural network, where they can aid in thinking and remembering. Large-scale epidemiological studies also indicate that active people tend to be far less likely to develop Alzheimer’s disease and other forms of dementia than people who rarely exercise.

But how does working out affect the inner workings of our brains at a molecular level? Scientists have speculated that exercise might directly change the biochemical environment inside the brain, without involving muscles. Alternatively, the muscles and other tissues might release substances during physical activity that travel to the brain and jump-start processes there, leading to the subsequent improvements in brain health. But in that case, the substances would have to be able to pass through the protective and mostly impermeable blood-brain barrier that separates our brains from the rest of our bodies.

Those tangled issues were of particular interest a decade ago to a large group of scientists at Harvard Medical School and other institutions. In 2012, some of these researchers, led by Bruce M. Spiegelman, the Stanley J. Korsmeyer Professor of Cell Biology and Medicine at the Dana-Farber Cancer Institute and Harvard Medical School, identified a previously unknown hormone produced in the muscles of lab rodents and people during exercise and then released into the bloodstream. They named the new hormone irisin, after the messenger god Iris in Greek mythology.

Tracking the flight of irisin in the blood, they found it often homed in on fat tissue, where it was sucked up by fat cells, setting off a cascade of biochemical reactions that contributed toward turning ordinary white fat into brown. Brown fat is much more metabolically active than the far more common white type. It burns large numbers of calories. So irisin, by helping to create brown fat, helps amp up our metabolism.

But Dr. Spiegelman and his colleagues suspected irisin might also play a role in brain health. A 2019 study by other researchers had shown that irisin is produced in the brains of mice after exercise. That earlier research had also detected the hormone in most of the human brains donated to a large brain bank — unless the donors had died of Alzheimer’s disease, in which case their brains contained virtually no irisin.

That study strongly suggested that irisin lowers the risks of dementia. And in the new study, which was published last week in Nature Metabolism, Dr. Spiegelman and his collaborators set out to quantify how.

They began by breeding mice congenitally unable to produce irisin, and then allowing those and other normal, adult mice to run on wheels for a few days, something the animals seem to relish doing. This form of exercise usually lifts subsequent performance on rodent tests of memory and learning, which happened among the normal runners. But the animals unable to make irisin showed few cognitive improvements, prompting the researchers to conclude that irisin is critical for exercise to enhance thinking.

They then looked more closely inside the brains of running mice with and without the ability to make irisin. All contained more newborn neurons than the brains of sedentary mice. But in the animals without irisin, those new brain cells appeared odd. They had fewer synapses, the junctions where brain cells send and receive signals, and dendrites, the snaky tendrils that allow neurons to connect into the neural communications system. These newly formed neurons would not easily integrate into the brain’s existing network, the researchers concluded.

But when the scientists used chemicals to increase irisin levels in the blood of animals unable to make their own, the situation in their brains changed notably. Young mice, elderly animals and even those with advanced cases of rodent Alzheimer’s disease began performing better on tests of their memory and ability to learn. The researchers also found signs of reduced inflammation in the brains of the animals with dementia, which matters, since neuroinflammation is thought to hasten the progression of memory loss.

Importantly, they also confirmed that irisin flows to and crosses the blood-brain barrier. After the researchers injected the hormone into the bloodstreams of the genetically modified mice, it showed up in their brains, although their brains could not have produced it.

Taken as a whole, these new experiments strongly suggest that irisin is a key element in “linking exercise to cognition,” Dr. Spiegelman said.

It also might someday be developed as a drug. He said that he and his collaborators, including Christiane D. Wrann, an assistant professor at Massachusetts General Hospital and Harvard Medical School and a senior author of the new study, hope eventually to test whether pharmaceutical versions of irisin could slow cognitive decline or even raise thinking skills in people with Alzheimer’s.

This was a mouse study, though, and much research still needs to be done to establish whether our brains react like rodents’ to irisin. It’s also unknown how much or what types of exercise might best amplify our irisin levels. But even now, Dr. Wrann says, the study reinforces the idea that exercise can be “one of the most important regulators” of brain health.