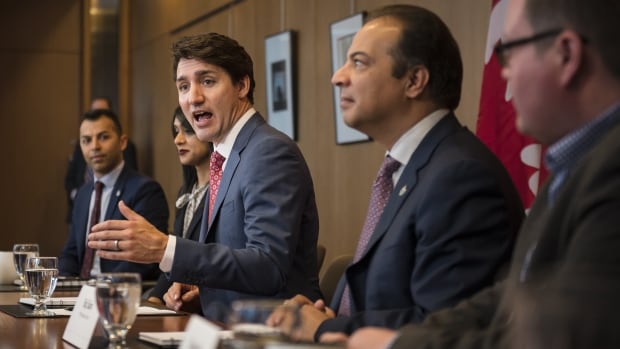 The most senior official in the House of Commons has agreed to launch a review into whether there were issues with the government’s handling of former Liberal candidate Raj Saini’s case, according to a new letter obtained by CBC News

Saini ended his bid for re-election on Saturday after a series of allegations of unwanted sexual advances and inappropriate comments were made public. Saini denies the allegations as “unequivocally false” and said a workplace assessment by a third-party cleared him of any harassment in the summer of 2020.

Trudeau stood behind Saini for days, as well as the government’s “rigorous” process before reversing course this weekend. Trudeau said on Sunday there were new allegations that came forward and Saini will no longer be running under the Liberal banner.

Conservative candidate Michelle Rempel Garner last week called on the clerk of the House of Commons, Charles Robert, to probe whether that process was conducted properly, since the complainant who triggered a 2020 workplace assessment of Saini’s office said she was not interviewed.

Rempel Garner also asked Robert to look into MPs’ workplace harassment policy to determine if it is sufficient to stop the “culture of sexual misconduct” on Parliament Hill and ensure that those in power are held accountable.

Robert confirmed in a letter to Rempel Garner yesterday that he has taken action.

“In answer to your request, I have asked the Chief Human Resources Officer (CHRO) to examine the matters raised in your letter to assess whether there are any shortcomings present in the Policy or its application and to propose appropriate changes, if needed,” wrote Robert in the letter.

Robert wrote that the results of the evaluation and any recommendations will be presented to a parliamentary committee, but he didn’t provide a date.

“You can be assured that I share your commitment to providing a healthy and respectful work environment free from harassment to all employees who come on Parliament Hill to work in service to their country,” Robert wrote in his response to Rempel Garner.

Liberal Leader Justin Trudeau was questioned by reporters and his opponents about how harassment allegations against former Liberal candidate Raj Saini were handled 2:08

CBC News reported the allegations against Saini on Aug. 31, after seven sources with knowledge of the complaints spoke about four different instances of the then member of Parliament allegedly making unwanted sexual advances or inappropriate comments toward Liberal staffers.

Sources said a senior member of the government first brought concerns about allegations at a Liberal holiday party six years ago to the Prime Minister’s Office and Justin Trudeau’s chief of staff, Katie Telford.

Trudeau said on Sunday he was “pretty frustrated’ by the scandal.

“Obviously, this is a far from ideal situation that we no longer have any candidate in that riding,” said Trudeau. “There’s going to be lots of reflections on what we could, should have done differently.”

The Liberal Party is facing questions over allowing Raj Saini to seek re-election despite multiple allegations of inappropriate behaviour toward female staffers, which Saini denies. 2:32

The senior staffer who said she wasn’t allowed to participate in the review filed a Canadian Human Rights Commission complaint last year alleging that Saini touched her thigh on more than one occasion, made inappropriate comments and harassed her. Fearing career reprisals, she asked CBC News to keep her identity confidential.

She alleges Saini’s treatment contributed to her mental distress. She said she tried to take her own life by overdosing on pills in Saini’s office in March 2020.

Saini said he got the police involved over concerns for his own safety. The former senior staffer sent repeated text messages and emails to Saini while on sick leave, demanding he apologize or else she’d sue, go to HR or make her accusations  public, according to correspondence shared with CBC News.

Saini and  Liberal whip Mark Holland’s office said in 2020 that the staffer could participate in a workplace assessment when she returned from sick leave, but was dismissed from her job with cause.

In the dismissal letter, the House of Commons said she engaged in a “pattern of persistent and incessant communications that you refused to cease” and  “also made unwelcome and disparaging comments toward the MP and staff, all of which have now required police intervention.”

Rempel Garner wrote to Robert saying that what took place “does not actually sound like an actual investigation” was conducted and wondering if the “policy is sufficient and actually works.”

The deadline to file nomination forms with Elections Canada has already passed, meaning the Liberals will not be able to field another candidate in the riding and Saini, who won the seat in 2019 by almost 6,000 votes ahead of Green Party candidate Mike Morrice, will remain on the ballot.

Trudeau said Saini will not be a member of the Liberal Party caucus regardless of what happens election day.