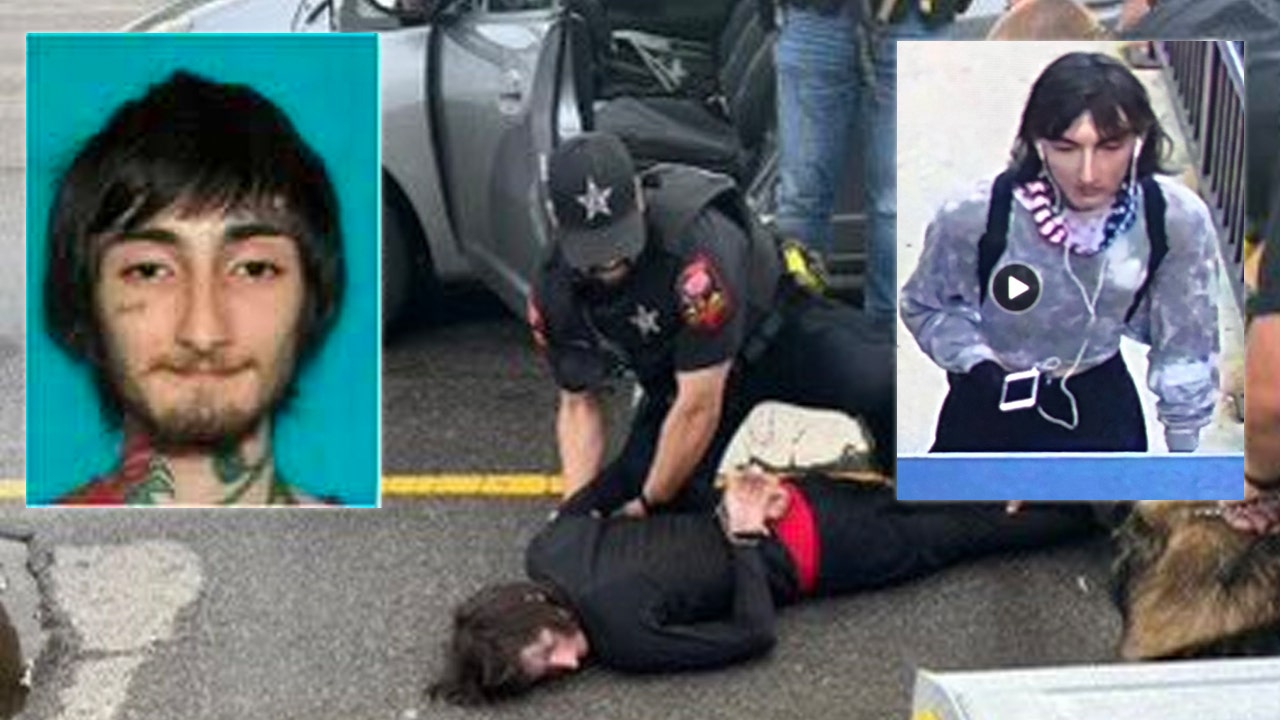 A gunman opened fire on a Fourth of July parade in Highland Park, Illinois, Monday, killing at least six and wounding dozens more, according to authorities.

Several hours later, a witness reported spotting Robert Crimo III, who uses the pseudonym “Awake the Rapper,” driving in his mother’s silver Honda Fit. Police pulled him over after a brief chase and took him into custody.

Authorities said the suspect used at least one legally purchased firearm in the attack, which targeted a wealthy suburban enclave outside Chicago.

Here’s what we know about the sequence of events.

Highland Park’s Fourth of July Parade kicks off at the intersection of Laurel and St. Johns Avenues, bound for Sunset Park.

Shots ring out above the intersection of Central Avenue and Second Street. Authorities say Crimo took a rooftop position and began shooting at parade spectators.

Video of the scene shared to social media shows a panicked crowd fleeing. Police say he fired about 70 rounds into the crowd while dressed in a woman’s clothing to conceal himself. Surveillance images show he was also wearing an American-flag patterned gaiter mask.

HIGHLAND PARK, IL – JULY 05: FBI agents work the scene of a shooting at a Fourth of July parade on July 5, 2022 in Highland Park, Illinois. Police have detained Robert “Bobby” E. Crimo III, 21, in connection with the shooting in which six people were killed and 19 injured, according to published reports.
(Jim Vondruska/Getty Images)

City authorities say five people out of more than 30 shot were killed at the scene. Another was pronounced dead at the hospital.

Crimo allegedly dropped an AR-15-style rifle at the scene and blended in with the crowd to flee to his mother’s house, where he got in her car and evaded capture for the next few hours.

Chief Deputy Chris Covelli, of the Lake County Major Crime Task Force, tells reporters that investigators have recovered a “high-powered rifle” from the scene and were investigating the weapon’s origin. Authorities later said it had been purchased legally.

Police deploy after gunfire erupted at a Fourth of July parade route in the wealthy Chicago suburb of Highland Park, Illinois, U.S. July 4, 2022 in a still image from video.
(ABC affiliate WLS/ABC7 via REUTERS)

HIGHLAND PARK 4TH OF JULY SHOOTING PERSON OF INTEREST: WHO IS ROBERT CRIMO?

Authorities publicly identify 21-year-old Robert Crimo III as a person of interest, and later as a suspect, describing him as a White male with longer black hair, tattoos and a thin build. He was driving a silver 2010 Honda Fit.

Police capture Crimo without incident after spotting his vehicle on Route 41 near the intersection with Westleigh Road in Lake Forest. According to Covelli, officers found a second rifle in the vehicle, which Crimo allegedly drove from Highland Park toward North Chicago.

Police return him to Highland Park, where he remains in custody.

Crimo makes his first appearance in court at a bond hearing, appearing remotely via Zoom from a Highland Park jail.

Prosecutors allege he fired more than 80 rounds at a crowd of spectators before fleeing the scene dressed as a woman and with makeup concealing his tattoos.

He faces seven murder charges – but Lake County State’s Attorney Eric Rinehart says he will be hit with dozens of additional charges centered around each victim.

Michael Ruiz is a reporter for Fox News Digital. Story tips can be sent to [email protected] and on Twitter: @mikerreports