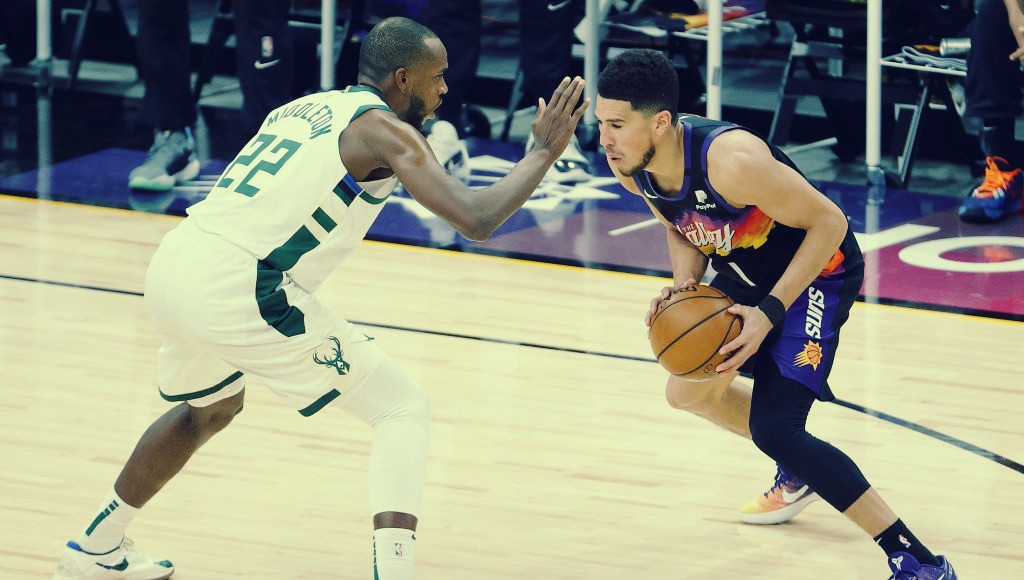 Each year, there are at least two full rounds of discourse with regard to the NBA All-Star selections. First, the starters are announced, leading to the inevitable discussion about which players didn’t quite make the five-man cut in both conferences. This year, most of the focus was on Damian Lillard falling short in the West, even with exactly zero suspense about his ultimate inclusion on the Western Conference roster when the reserves emerged. To that end, Tuesday’s reveal of the All-Star reserves in both conferences is usually the far more animated conversation and, in 2021, that is likely to continue.

As something of a disclaimer, the 24 player selected (12 on each side) are all quite good at basketball, even if beauty is sometimes in the eye of the beholder. In fact, there are several “snubs” this time around, and six seem to stand out above the rest, even with many more on the periphery.

This is the most stunning omission, at least for me. Middleton has always been underrated, but it was jarring to see him fall short. After all, Milwaukee still has the second-best net rating in the NBA, and Middleton is averaging 21/6/6 on 51/43/90 shooting. Yes, he isn’t flashy and the Bucks aren’t winning at quite the clip as they did last season, but Middleton is definitively one of the 12 best players in the East.

There was some discussion about Young being on the outside looking in, and his exclusion wasn’t as surprising as Middleton. With that said, Young was a starter in the East last season and, in short, he is better this season. His defense has been better (even if not good), the Hawks are better overall (and much better when he’s on the floor than when he’s off), and Young’s overall shooting efficiency is the best it has ever been. Perhaps this is indicative of some blowback about his foul drawing, or maybe the East field is just more crowded, particularly at the guard spot where James Harden will suddenly occupy a spot annually. Regardless, Young has a real case to be bothered by this omission, particularly when comparing his profile head-to-head with a few of the reserves.

Maybe it was the fact that Conley missed a handful of games in recent days. Maybe it was the relative lack of counting stats. Maybe it was that both Rudy Gobert and Donovan Mitchell made the cut. It still would’ve been awesome to see Conley get the nod for the first time. It is worth noting that, in the West, there will almost certainly be an injury replacement for Anthony Davis, and perhaps Adam Silver will tab Conley to give the Jazz a third rep and bring things full circle. For now, he’s a snub.

Adebayo was a pretty surprising omission, especially when compared to Nikola Vucevic. Adebayo is averaging 19.6 points, 9.5 rebounds and an impressive 5.5 assists per game, all with tremendous defense and versatility. Still, it is at least possible that Adebayo and Butler “split the vote” for a Miami team that has underachieved in the standings this season. The case against Butler is almost definitely tied to missing double-digit games but, on a per-game basis, he’s been tremendous yet again.

Chris Paul, not Booker, will represent the Suns in the All-Star Game, and that isn’t completely egregious. Paul always drives winning, and he’s made a big impact on Phoenix. It is more than appropriate to include Booker on any “snub” list, though, as he is averaging 24.7 points per game on 50/38/85 shooting and leading one of the better teams in the West. He, like Conley, figures to be at the top of the reserve selection pool in the West should Davis not play as expected, so it’s possible the Suns get their starting backcourt both in the game.