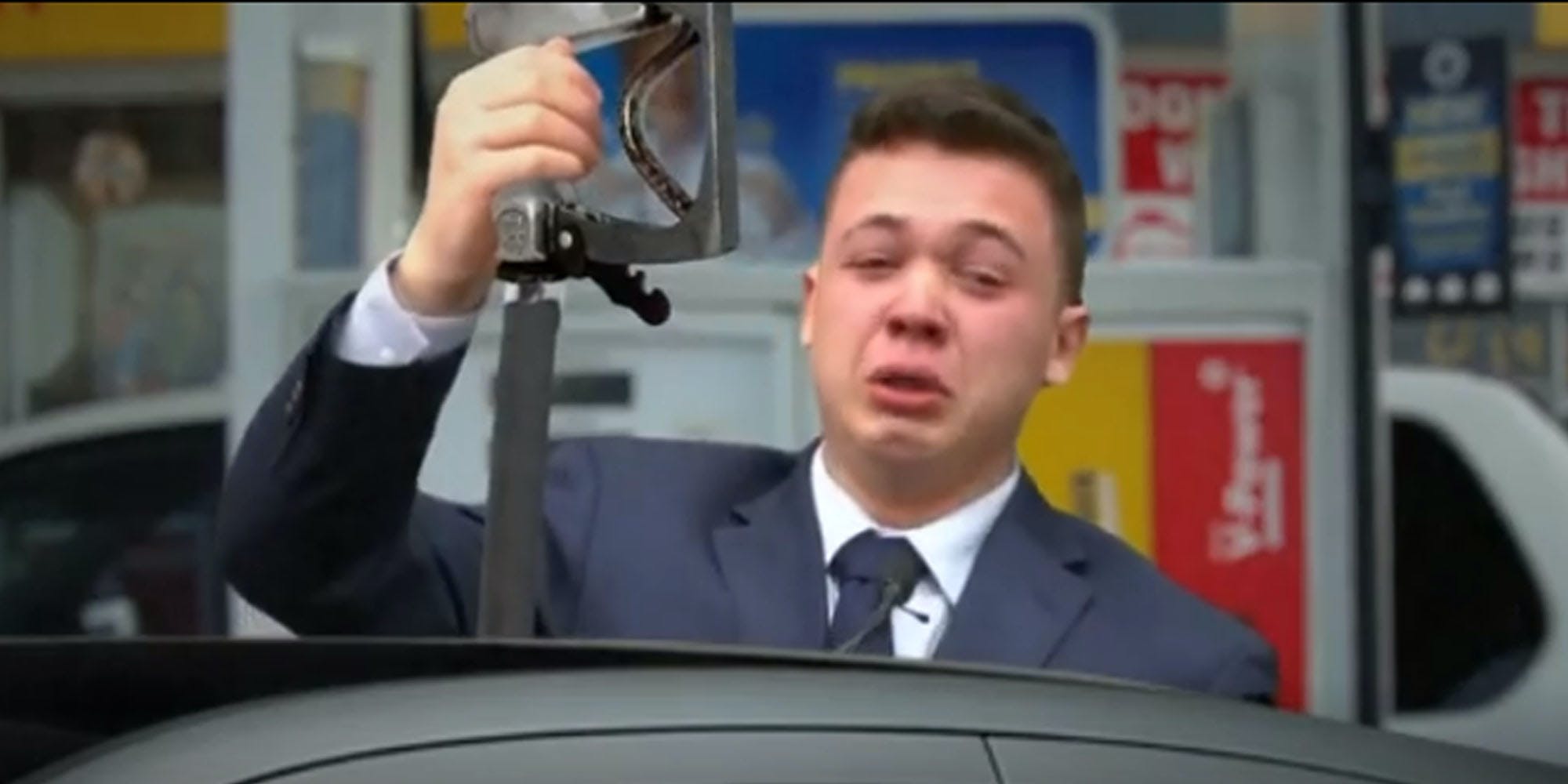 Kyle Rittenhouse received intense backlash by sharing a meme of himself crying on the witness stand in an attempt to attack President Joe Biden over gas prices.

Rittenhouse was found not guilty of murder and attempted murder late last year. The trial drew international attention and condemnation from all sides. Rittenhouse killed two people in Kenosha, Wisconsin during a period of intense unrest in 2020 associated with social justice protests over police killings of Black people.

One of the more memorable critics was LeBron James, who accused Rittenhouse of crying fake tears when he testified during the trial. “What tears????? I didn’t see one. Man knock it off! That boy ate some lemon heads before walking into court,” the basketball legend tweeted.

Thursday night, Rittenhouse tweeted a meme that played on LeBron’s quip about the sour candy.

“No, it’s not Lemon Heads.. it’s the burning hole in my pocket thanks to a Joe Biden presidency,” Rittenhouse captioned a video by @drefanzor that spliced together footage of him crying on the stand with an assault rifle, a car, and a gas pump.

In a follow-up tweet, Rittenhouse described it as a “funny video.” Some people loved it as much as he apparently does.

More people hated it, however. They feel that the meme wasn’t merely in poor taste, as it trivialized the deaths of Joseph Rosenbaum and Anthony Huber, but that it implied that James was right about Rittenhouse’s tears on the stand.

“Kyle Rittenhouse posted a video with him crying his crocodile tears…. He thinks this is funny,” tweeted one.

Many people compared Rittenhouse to George Zimmerman, who was found not guilty of murder for killing Trayvon Martin in 2012. Rittenhouse and Zimmerman trended together on Twitter on Friday. Since his acquittal, Zimmerman has inspired widespread scorn for antics such as retweeting a photo of Martin’s dead body and reportedly selling the gun that he used in the killing for a hefty sum. Last month, the Washington Post detailed how Zimmerman “stretched 15 minutes of infamy into a decade of disgust.”

“If you were a Rittenhouse juror, you must feel REALLY special right now, huh??” wrote @KatiePhang.

Numerous commenters suggested that Rittenhouse go join the war effort in Ukraine, which has become a common trope of late.

Rittenhouse appears unfazed by the backlash.

“Boomers can’t meme,” he replied on Friday to a supporter who criticized one of the people who took issue with his tweet.

The post ‘He thinks this is funny’: Kyle Rittenhouse shares clip of him crying at murder trial to complain about gas prices appeared first on The Daily Dot.