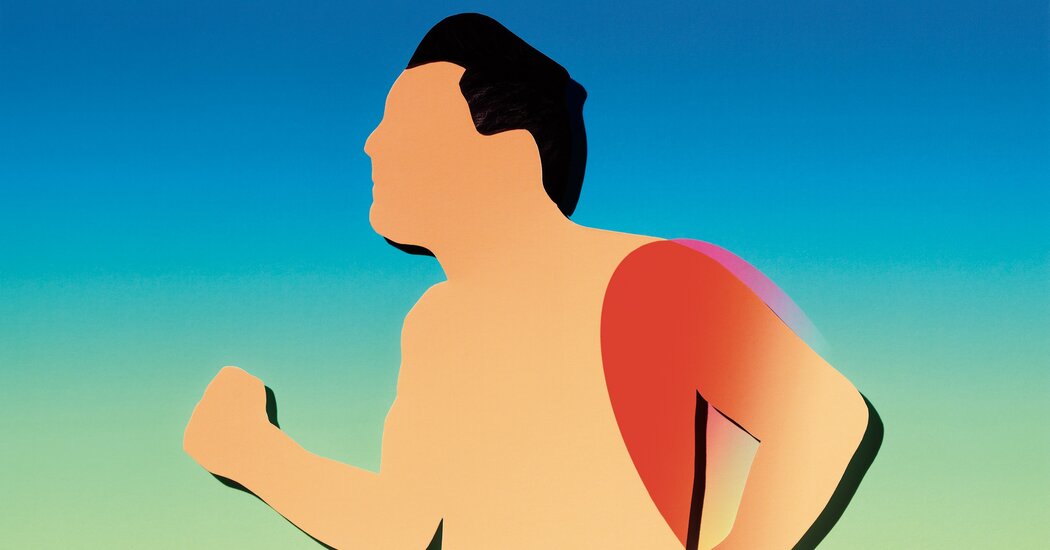 “May I examine you?” the neurologist asked. The young man agreed, and the doctor began testing his upper-body strength — first on the normal right side, then on the left. The strength was the same in both shoulders raising the arm up and pushing down. The strength in the biceps was also the same, straightening and bending at the elbows. Then Sivak took the man’s right hand, as if shaking hands. Turn inward, he instructed the patient. Now outward. Normal. He did the same on the left. Clearly much weaker. Then he had the young man bend his thumb at the last joint. He put a downward pressure on the nail and instructed the man to straighten his thumb. It was easy on the right. But impossible on the left. “I think I know what’s going on,” Sivak said at last.

The young man had something called Parsonage-Turner syndrome, an inflammation of the nerves of the brachial plexus, the neurologist reported. The brachial plexus is the segment of nerve fibers that connect the spinal cord to the peripheral nerves in the shoulder and arm, the neurologist explained. It starts with pain — usually severe pain — and progresses to weakness and muscle wasting. Left alone it usually resolves, but the process can take years. However, the doctor added, some research suggests that a five-day course of high-dose steroids early on can hasten healing. He had cared for patients with this before and often saw improvement after even a single dose of the drug. He recommended starting the steroids as soon as possible.

Parsonage-Turner syndrome, also called acute brachial neuritis, was first described more than a century ago by a physician in Germany. It is named for two British neurologists, Maurice Parsonage and John Turner, who published a description of 136 cases of the disorder in 1948. In these cases, pain and weakness came on days to weeks after some kind of trauma, usually an infection or surgery. In the decades since then, the syndrome has usually been described as rare, but a study published just a few years ago suggested that it is far more common than previously thought — just frequently missed.

The patient reluctantly agreed to get the treatment. He normally took no medications and wasn’t eager to start any, but the idea of years of pain was even more unappealing. When the patient went in for the second infusion, Sivak came by to see him. How was he feeling? Any better? Any stronger? The athlete shook his head; no change. The neurologist took the young man’s hands and again tried the strength of his two thumbs. On the left, where the patient had been immobilized by the pressure of the doctor’s push, he was now able to straighten the joint. It still wasn’t as strong as the right thumb, but it was better.

Once he completed the steroids, he started physical therapy again. Slowly his arm and shoulder became more limber and regained their former strength. I spoke with the patient three months after his treatment, and he told me that he was 90 percent there. A few months later, he reported that he was back to his old strength, his old self.

I spoke with the patient again recently. His shoulder and arm are fine. He still does the stretching exercises that he was taught in physical therapy two years ago and feels as if the pain and weakness creep back if he stops. But he’s back at the gym, lifting weights without any problems. He hasn’t tried another marathon. He wonders if he somehow trained incorrectly and injured his nerve in the process. He loved running that marathon but figures it didn’t love him back. These days he has taken up biking. And, he says, it’s almost as good.