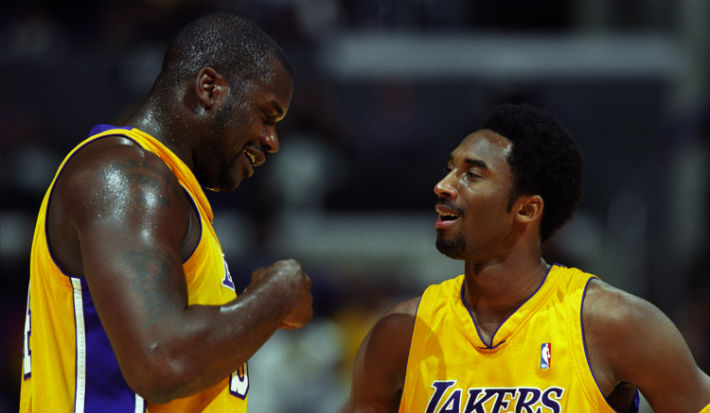 The upcoming HBO series, Winning Time: The Rise of the Lakers Dynasty, appears to be a fascinating look at one of the most interesting teams in NBA history, the Showtime Lakers — with the name of the show being changed from Showtime to avoid confusion with their premium cable rival, but didn’t account that one of ESPN’s best 30 for 30s was called Winning Time about Reggie Miller and the Knicks so some of us still are confused.

It stars John C. Reilly as Dr. Jerry Buss and the trailer for the series looked like exactly what you would hope for an HBO series about the Showtime Lakers to be, blurring the lines of reality and fiction, while embracing the wild off-court lifestyle of that Lakers team. Making a TV show about any sport is fraught with issues, namely that actors aren’t often great athletes (and great athletes aren’t often great actors), which makes it difficult to get great acting off the court and great action scenes on it. The early reviews suggest Winning Time will manage to get both, with The Hollywood Reporter doing a deep dive on the show, including how they went about casting their leading stars to play Magic Johnson and Kareem Abdul-Jabbar, as well as the intense basketball training they went through so they could nail the on-court action.

In that piece, there are a number of fascinating tidbits, including Reilly doing his best to skirt around the role the show had in Adam McKay and Will Ferrell’s split as creative partners, but one thing at the very end caught the eye of NBA fans. After a quote from HBO’s head of programming Casey Bloys about exploring other stories from other eras, it notes that HBO has optioned Jeff Pearlman’s other book on the Lakers, Three-Ring Circus

Advertisement
, that is about the Kobe and Shaq era.

“If the stories are there and the different eras are there, why not keep exploring it?” says Bloys, whose network has quietly optioned Pearlman’s follow-up, which takes readers through the Kobe Bryant and Shaquille O’Neal era of the Lakers.

Now, as the story notes early on, a book getting optioned is far from a guarantee that it becomes a show, but with writers already digging in on a second season of Winning Time before its officially greenlit and the apparent excitement from HBO in this series, it seems well within the realm of possibility that if Winning Time becomes a hit, they may move forward with a Kobe-Shaq era show. That would be interesting for a variety of reasons, if nothing else than how they’d go about the casting conundrum that is Shaq. It’s one thing to find a near 7-footer who could play a svelte Kareem, but it’s a whole other to find someone that could play the larger than life Shaq. There are plenty of stories to tell from that time in Lakers history, and if the response to Winning Time is strong enough, we may very well see them on the small screen in years to come.