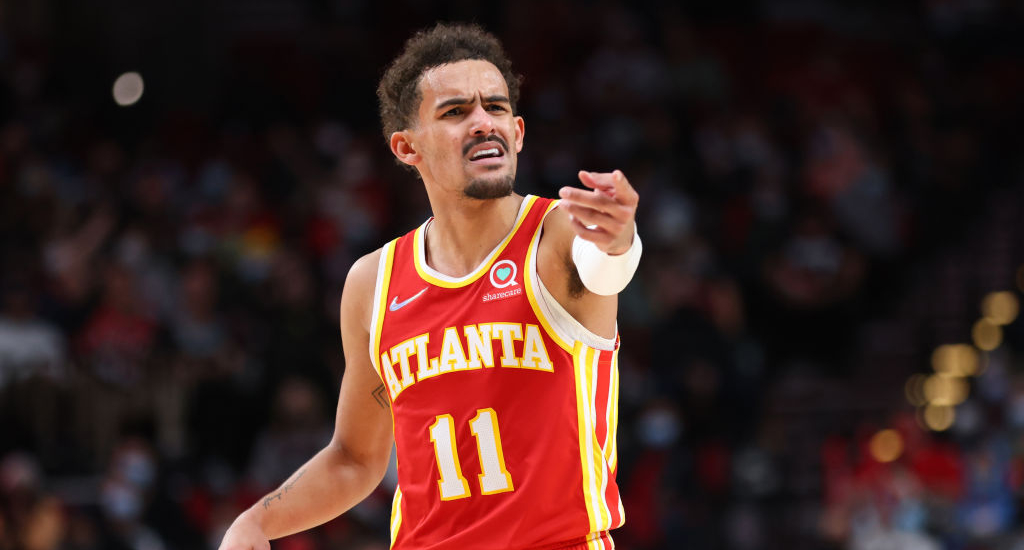 The Atlanta Hawks were supposed to be one of the top teams in the East this season, as Trae Young had vaulted into superstardom last season by leading the Hawks to a rather stunning run to the Eastern Conference Finals. After a busy 2020 offseason where they spent on free agents like Bogdan Bogdanovic and Danilo Gallinari, the Hawks spent this past offseason focused on keeping the band together, handing out a lucrative new deal to John Collins and an extension to Clint Capela.

As we approach the midpoint of the season, though, the Hawks are far from that contender tier, sitting at 16-20 following a loss to the Blazers (without Damian Lillard and CJ McCollum) despite a 56-point outing from Trae Young. It was yet another fourth quarter collapse for the Hawks, who led by five coming into the fourth only to end the game with a five-point loss, and it’s certainly appears that the magic from last year’s post-All Star run has all but evaporated in Atlanta.

It’s not just outsiders and fans who are growing frustrated with last year’s success starting to look more and more like a mirage, as Hawks president and GM Travis Schlenk didn’t mince words on Atlanta radio on Tuesday morning. Schlenk took responsibility for Atlanta’s struggles, saying he might need to lower his expectations of this roster and said it might’ve been a mistake simply running it back this offseason.

Entire interview is worth a listen on @929TheGame, but here’s another quick quote from Travis Schlenk:

“I have to accept that responsibility that maybe it wasn’t such a great idea to bring everybody back. That’s on me.”

One of the hardest things to do as an executive in sports is navigate that first offseason following a meteoric rise to success, as it can be hard to figure out what’s real and sustainable long term and what was a player or team maybe playing over their heads for a couple months. It’s clear the Hawks went into this past offseason still wearing rose-colored glasses, and there were few who blamed them for it. They certainly seemed like a team that had the pieces in place and maybe needed some minor tweaks and roster tinkering, but you’d be hard pressed to find anyone that foresaw a dropoff like they’ve had.

Still, the NBA is a results business and with the trade deadline looming, it sounds an awful lot like the Hawks will be active in discussions, at minimum, to see what’s out there and what kind of upgrades could be made for a roster that, to this point, simply has not recaptured the form of a year ago.