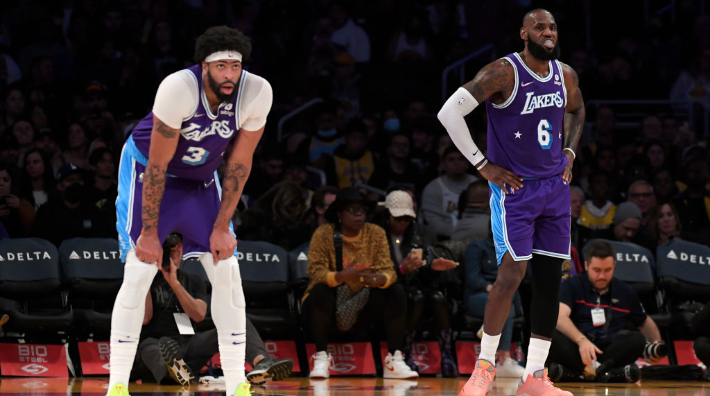 The 2021-22 season was a disaster for the Los Angeles Lakers in virtually every way. Despite the presence of LeBron James and Anthony Davis, the Lakers floundered to a 33-49 record and posted the No. 22 offense in the NBA on a per-possession basis. Some of that downturn can be attributed to James and Davis missing almost 70 games combined but, even when the stars were on the floor together, things did not click in Los Angeles. With a new head coach in place in Darvin Ham, changes are on the horizon and, on Tuesday, Chris Haynes of Yahoo Sports shed light on a recent meeting between the powers that be in Los Angeles.

Though the meeting took on a number of subjects, one of the more interesting revelations from Haynes was that Ham “said one wrinkle he will implement and stick with is having the offense run through Anthony Davis, and James concurred.” Davis missed more than half of the 2021-22 campaign and struggled with his jump shot, but Yahoo’s reporting indicates the belief that Davis will be able to carry a heavier load on the offensive end. In theory, that would also take some pressure off James as he adds another year of wear and tear to his body.

At the same time, it may be hard to envision James operating as the No. 2 option on any court, and there may be a balance to find between Davis being the clear go-to option and keeping James engaged. Perhaps a clear stagger of the two superstars might accomplish that, but Haynes also reports that the Lakers are “also hopeful for a corner-3 shooting percentage bump from Russell Westbrook next season.” Westbrook has been a topic of consternation for months in Los Angeles and, at the very least, it will be interesting to see if Ham can get him to buy in to that kind of role in conjunction with Westbrook improving his shooting efficiency.

The Lakers are always an object of fascination in the NBA world, and that will be the case this season. Having Davis and James healthy is a strong starting point, but the work on the margins will also be interesting, even if Ham and James seemingly agree on the broad approach to lean on the younger star a bit more this season.