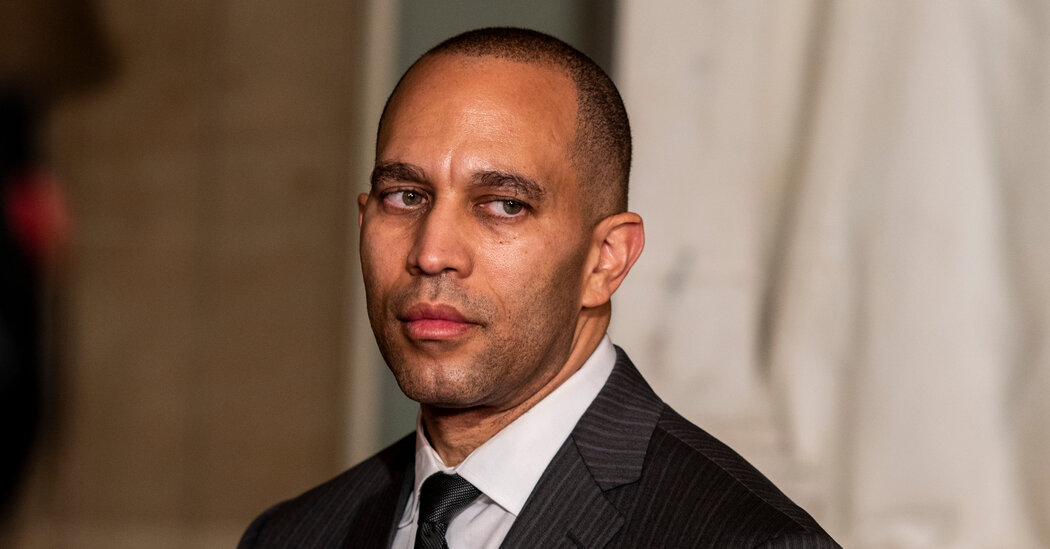 Mr. Jeffries’s own theory of the case is that Democrats’ “For the People” message is the right one. The best way to win back traditionally Democratic voters peeled away by the millions by Mr. Trump and to bridge the divisions within his party’s own ranks, he argued, is to relentlessly focus on kitchen-table issues like health care costs, prescription drug pricing, defeating Covid-19, creating jobs and addressing racial inequality.

“It is unlikely, absent the bully pulpit of the presidency, that someone who has mastered the art of grievance politics can have a same hold of on a significant part of the country that Donald Trump demonstrated,” he said. “So as we move forward, Democrats have a real chance to win back some of these working-class voters by making clear our implemented ideas will fix the broken American contract and improve their quality of life.”

That begins, he said, by “crushing the virus” and sending “direct relief” to American workers and business owners still reeling from the pandemic-battered economy.

“That should be our priority, and will be on Day 1,” he said.

Facing the likelihood of a Republican Senate, it will not be easy. Mr. Jeffries said Democrats believed there would be opportunities for them to partner with Mr. Biden and Republicans in the Senate to pass laws related to prescription drug pricing, infrastructure spending, and changes to sentencing and prison laws.

Party leaders have promised a “deep dive” into Tuesday’s results to better understand how they lost five seats and counting and failed in nearly every pickup opportunity they believed was in reach.

Mr. Jeffries said he was most concerned about why the public opinion polling that guides campaigns at nearly every level systematically failed to capture the extent of support not only for Mr. Trump, but other Republicans on the ballot.

“One of the things that we should take a look at is, is the polling broken, or is the polling only broken when Donald Trump is on the ballot,” Mr. Jeffries said, noting that public opinion surveys had much more accurately predicted the 2018 midterm results. “Because if it is the latter, then there are not too many adjustments to be made going forward because Trump will be nowhere to be found electorally in 2022.”