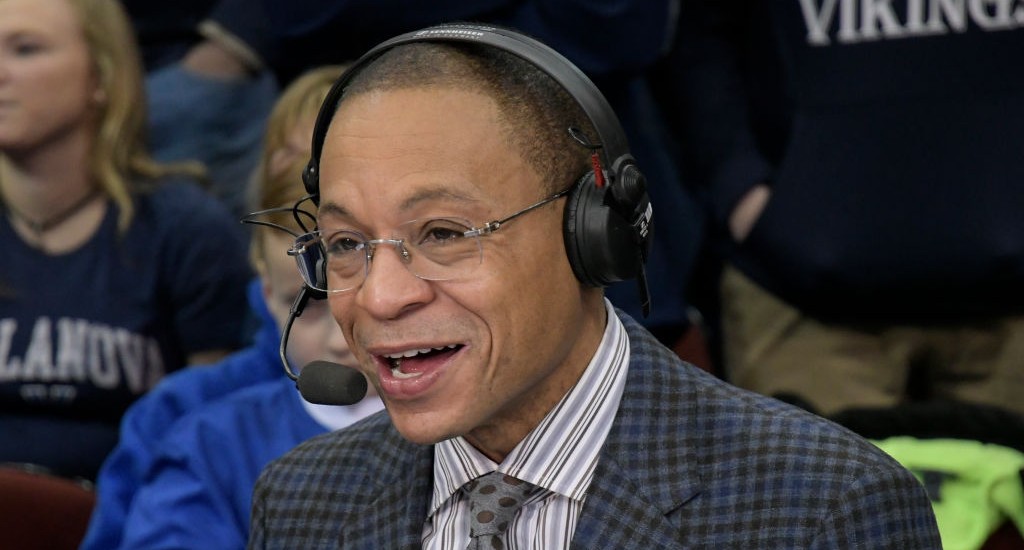 Gus Johnson hasn’t been on the call for an NFL game in some time as his focus has been on college football in the falls as Fox’s lead play-by-play man on Saturdays. However, Johnson (who used to call games for CBS) made his return to the pro football booth on Sunday with Aqib Talib and the man known best for his incredible enthusiasm was fittingly greeted with the craziest game of the day in the NFL.

The Cardinals played host to the Vikings and the two teams traded big plays, big mistakes, and in the end, it came down to a game-winning field goal attempt from Minnesota kicker Greg Joseph. Now, a 37-yard field goal attempt doesn’t normally produce incredible commentary, but when Joseph pushed the kick wide to gift Arizona a 34-33 win, Gus Johnson went wild.

There are some that find Johnson’s schtick a bit grating, but I can’t get enough of it. I love that he still loves calling big plays and big moments and can get this excited despite how long he’s been doing this. For him to bring this kind of energy to a Week 2 NFL game is part of what makes him so good, because he treated that missed field goal like it was a win-or-go home situation in the playoffs.

However, Gus’ call wasn’t as funny (for non-Vikings fans) as the Minnesota radio call in which the announcer initially freaked out yelling “IT’S GOOD” before being informed it was, in fact, not good.