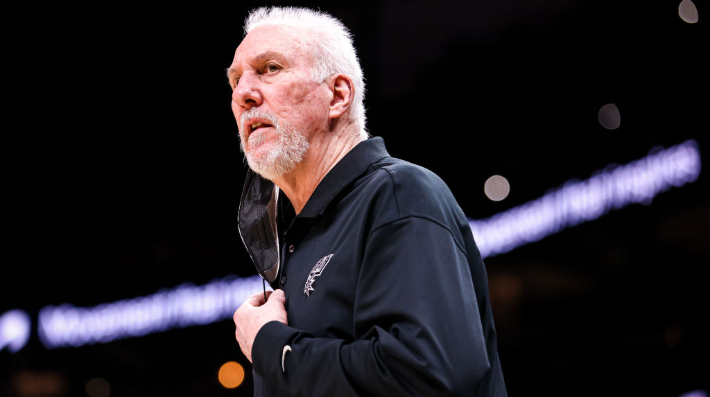 Gregg Popovich has officially won more regular season games than any other coach in NBA history. The San Antonio Spurs beat the Utah Jazz on Friday night, 104-102, marking the 1,336th time that Popovich won a game. With the win, he broke a tie he had atop the list with legendary coach Don Nelson and moved into the No. 1 spot all time.

While this is an accomplishment that exists right at the intersection of excellence and longevity, anyone who has ever seen Gregg Popovich talk about himself for more than a half second knows that he hates being celebrated. And despite the fact that everyone knows this, Popovich was mobbed by his players after the game — after giving him a little space, Jakob Poeltl hugged him and started jumping, at which point everyone else joined in.

This moment with Gregg Popovich and the Spurs players

Popovich smiled, which is nice, but during his postgame press conference, the legendary Spurs coach made clear that he didn’t like this, and there will be hell to pay.

Pop had jokes after breaking the record

“Yes, they know how much I enjoy that sort of thing,” Popovich said as the room laughed. “And I’m gonna bring them all in and have ’em run suicides before the game tomorrow.”

He said the exact same thing after the Spurs gave him a water bottle bath in the locker room.

I think he’s kidding, but also, I would not be surprised if he wasn’t.