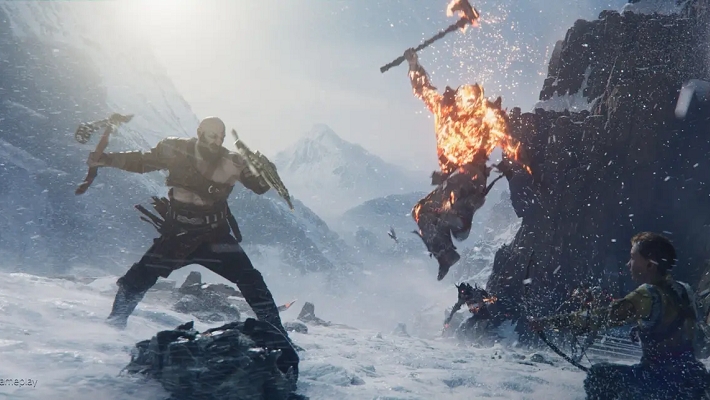 One of the most anticipated games of 2022 is PlayStation’s God of War Ragnarök. Despite this, Sony has been oddly quiet about when the next game would be arriving. They were so quiet about it that fans continuously speculated that it was going to be delayed, these speculations were so constant that the developers of the game had to come out multiple times and tell fans that it would still be released in 2022. These concerns from fans only got louder when a recent State of Play and Summer Game Fest didn’t give us any new info about the upcoming game.

Finally, after all the speculation, on Wednesday a new trailer for God Of War Ragnarök was unveiled. It confirmed a November 2022 release date and fans everywhere could breathe a collective sigh of relief. A new God of War is coming and this is going to be a big one because it will conclude the Norse storyline that many fans loved so much about the previous game. Via PlayStation Blog

God of War Ragnarök is officially coming to PlayStation 5 and PlayStation 4 on November 9, 2022!

We’re thrilled be able to share our release date and the brand-new God of War Ragnarök – Father and Son CG Trailer with all the God of War fans who have been eagerly awaiting news. We hope you’ve enjoyed a glimpse at some of the dangers Kratos and Atreus could find themselves up against as Ragnarök approaches.

This is a big win for video game fans everywhere because 2022 has felt like yet another year full of delays, but the developers of Ragnarök were adamant they were on schedule for a 2022 release date. Let’s hope it meets all of our expectations because if it does it will be a for sure Game of the Year contender.