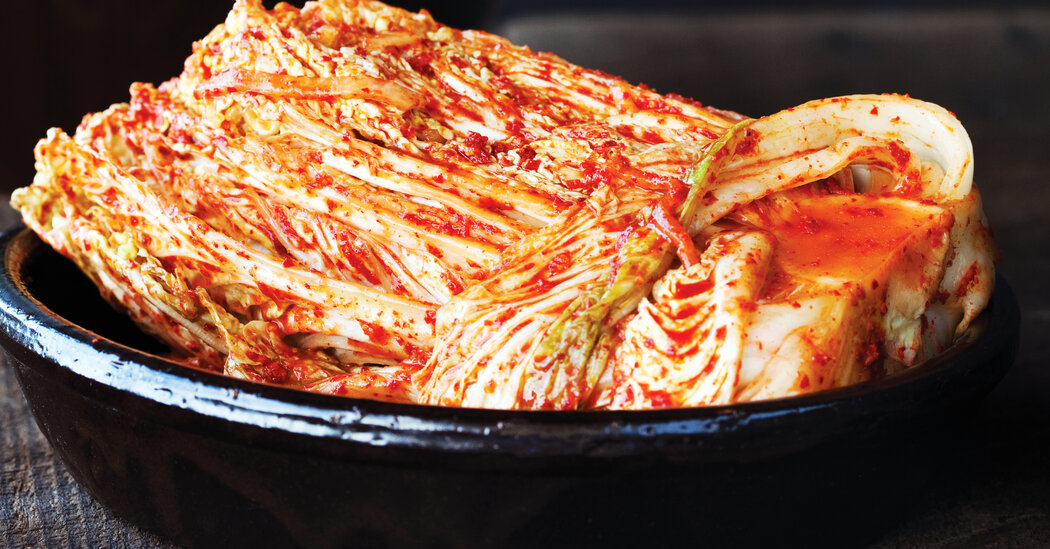 On its website, the kimchi maker Mother-in-Law’s is celebrating the final napa cabbage harvest in November, a Korean festival called Kimjang. It’s a time when communities make and share kimchi. The company is also offering a new tasting sampler, which is a perfect gift for this and other occasions. It consists of four kimchis: house, vegan (unlike most kimchi it’s not seasoned with fish sauce), MUU (diced daikon; also vegan), and white (with ginger; also vegan); and two gochujangs, tangy and sesame. Mother-in-Law’s, which makes and sells kimchi, gochujang and chiles, was founded in 2009 by Lauryn Chun, using recipes from her mother, Young Ja Chun, a restaurateur in Garden Grove, Calif.

How the Cream Cheese Shortage is Affecting NYC Bagel Shops

What to Cook This Weekend