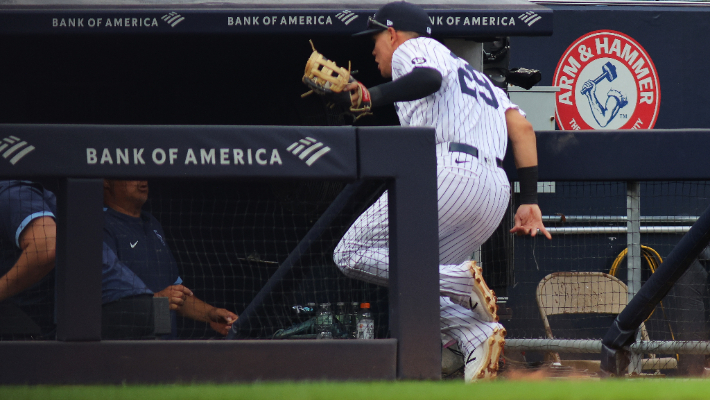 Perhaps the best playoff race that we’ve seen in some time is happening for the two Wild Card spots in the American League. Four teams — the New York Yankees, the Boston Red Sox, the Toronto Blue Jays, and the Seattle Mariners — entered Sunday’s final day of the regular season with a chance to make it to the Wild Card game.

A whole lot of stuff is on the table, including a potential four-way tie for the two spots that would make the always-fascinating Wild Card race a little more wild than usual. But the easiest potential outcome is the Yankees beat the Tampa Bay Rays and the Red Sox take down the Washington Nationals, which would mean the sport’s greatest rivalry would gill that spot.

Yankees third baseman Gio Urshela decided to add some fireworks to the team’s already exciting 162nd game. Rays outfielder Austin Meadows was at the plate and popped up an offering from Chad Green. While Urshela was shifted quite a way away from third base, he booked it over to the Rays dugout to try and record the out. He did it, but it came at quite the price, as he went flying down the stairs to enter the dugout.

Even if he didn’t go down a flight of stairs, it was a sensational play by the usually sure-handed third baseman to record the out. He also apparently inspired the umpire to try and do something similar as he went to make sure Urshela caught the ball.

There’s no better time to make the catch of your life, I suppose.