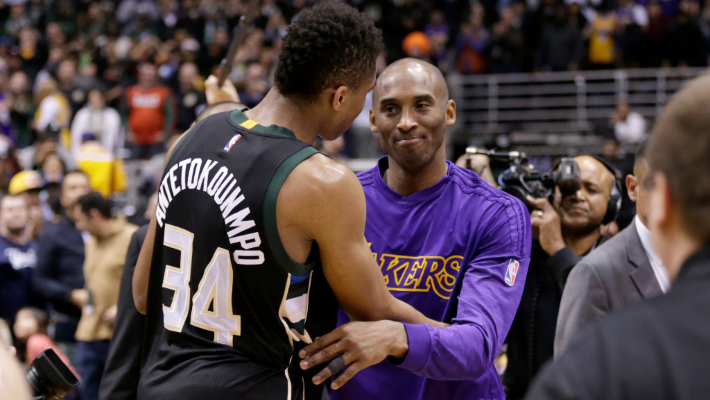 It seemed inevitable that Giannis Antetokounmpo would win a championship at some point in his NBA career, with the bigger question being when that point with come. Ultimately, he reached it on Tuesday night, when the Milwaukee Bucks beat the Phoenix Suns in Game 6 of the 2021 NBA Finals to win the second championship in franchise history.

Antetokounmpo was magnificent all Finals, but he saved his best performance for last. He scored 50 points, ripped down 14 rebounds, blocked five shots, and made 17 of his 19 attempts from the free throw line, doing everything he could to get the Bucks across the finish line on their home floor.

In the aftermath of the win, an old exchange between Antetokounmpo and the late Kobe Bryant went around the Twitterverse. Antetokounmpo got challenged by Bryant to win the league MVP award, and upon doing that in 2019, Bryant both congratulated him and gave him another challenge: win a ring.

One person who saw this was Pau Gasol, and in the aftermath of the Bucks’ win, he took a moment to celebrate Antetokounmpo accomplishing what Bryant challenged him to do.

Whether or not Antetokounmpo goes on to win as many rings as Bryant remains to be seen, but we’re gonna guess that Gasol will be pretty happy no matter how many he ends up taking home in his career.