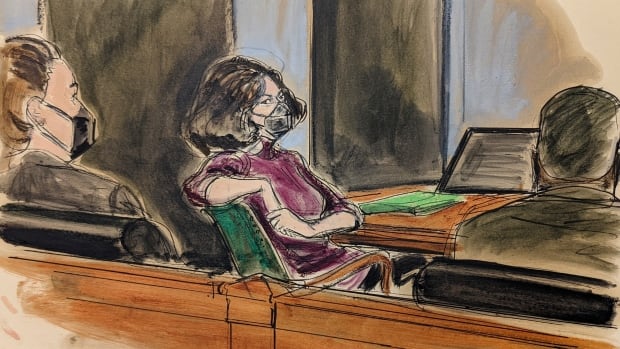 The verdict capped a month-long trial in a New York federal court featuring accounts of the sexual exploitation of girls as young as 14.

Jurors deliberated for five full days before finding Maxwell, 60, guilty of every count except one.

Maxwell was found guilty of five federal charges: sex trafficking of a minor, transporting a minor with the intent to engage in criminal sexual activity and three counts of conspiracy. She was acquitted on a charge of enticing a minor to travel to engage in illegal sex acts.

Maxwell faces years in prison. It’s an end long sought by women who spent years fighting to hold Maxwell accountable for abusing them. Her lawyers said she’s being used as a scapegoat for crimes committed by Epstein.

Maxwell had pleaded not guilty to recruiting and grooming four teenagers for Epstein between 1994 and 2004.

Epstein, Maxwell’s former boyfriend, killed himself in 2019 in a Manhattan jail cell while awaiting trial on sex abuse charges of his own.

Maxwell could be sentenced to up to 70 years in prison for the six counts she faced in this trial. She also faces two perjury counts that will be tried separately.

Along with the trials of movie producer Harvey Weinstein and singer R. Kelly, Maxwell’s case is among the highest-profile trials to take place in the wake of the #MeToo movement, which encouraged women to speak out about sexual abuse by famous and powerful people.

During the trial’s closing arguments last week, a prosecutor said Maxwell was Epstein’s “partner in crime.”

“Ghislaine Maxwell made her own choices. She committed crimes hand in hand with Jeffrey Epstein. She was a grown woman who knew exactly what she was doing,” Assistant U.S. Attorney Alison Moe said.

Maxwell’s lawyers argued the accounts of her four accusers was not credible, saying their memories had been corrupted over the decades and that they were motivated by money.

“Epstein’s death left a gaping hole in the pursuit of justice for many of these women,” Maxwell’s defence lawyer, Bobbi Sternheim, said. “She’s filling that hole and filling that empty chair.”