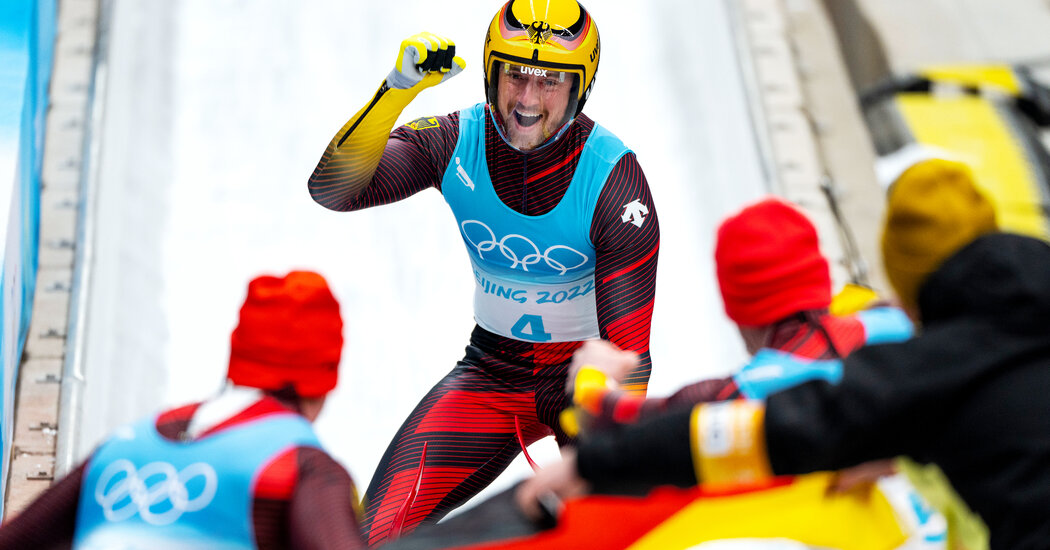 In luge, athletes lie flat on a small sled while racing down an icy course at speeds of up to 90 miles an hour. Popping up for a moment would be an aerodynamic no-no (and also possibly dangerous).

In the luge relay, however, that changes.

For that event, one woman, one man and one men’s doubles team from each country speed down the track. Originally, the winner was determined by adding each sledder’s run time, which wasn’t all that exciting.

Then, in 2008, someone came up with the idea of making the event more like an actual relay. As each sled reaches the bottom of the course, the slider, who controls the sled with small movements of the head and shoulders, must sit up in order to whack a touch pad hanging overhead. That opens a gate at the top of the course, allowing the next sledder to begin. And yes, once in a while a luger misses the touchpad, leaving the next sledder stuck behind the starting gate.

On the last leg, the top rider on the doubles team sits up and hits the board to record the team’s final time.

Sledders almost universally say they enjoy the relay because it gives them a rare feeling of team camaraderie in a sport that can involve lonely hours of individual training. (That’s not counting the doubles event, in which teammates are, well, unusually close.)

The winner of the relay race was Germany, the two-time defending champion. And why not? Its team consisted of the gold medalists in men’s, women’s and doubles luge. All four sliders picked up a second gold medal on Thursday. Austria was second, and Latvia third; the United States finished seventh.