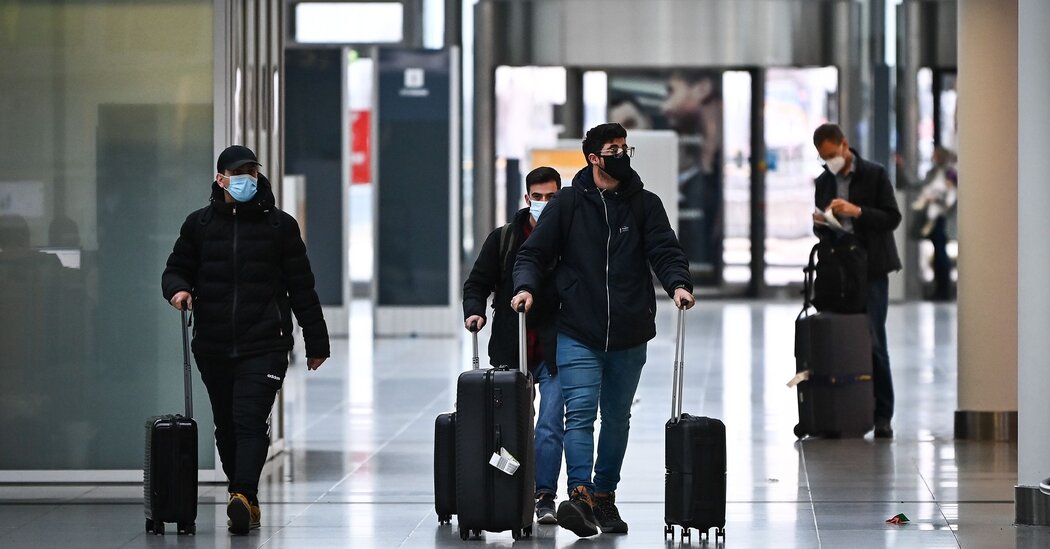 The highly mutated new coronavirus variant known as Omicron is present in Germany, according to the health ministry for the state of Bavaria, which confirmed that two people infected with the new variant returned from a trip to South Africa this week.

The two travelers, a married couple who arrived on a flight on Tuesday, tested positive for the coronavirus, Klaus Holetschek, the Bavarian health minister, said in a public television interview on Friday. Hours later, his ministry confirmed that rapid sequencing had determined the couple were infected with the new variant.

In addition to those two, at least one person returning from South Africa was suspected of being of infected with the Omicron variant in the state of Hesse, in central Germany.

“We have to break the Delta wave together now to be able to have some breathing space,” said Oliver T. Keppler, the virologist in charge of sequencing the new cases in Bavaria.

Germany was one of several European countries with suspected or confirmed cases of the new variant. Belgium reported a case on Friday, in a traveler returning from outside southern Africa, and Italy said on Saturday that it had confirmed a case in a traveler who had arrived from Mozambique. Health officials in the Czech Republic said on Saturday that they were examining a suspected case in a person who spent time in Namibia, according to the news agency Reuters.

The full sequencing on the suspected case of Omicron in Hesse will be completed early next week, said Sandra Ciesek, director of the Institute of Medical Virology at the University Hospital of Frankfurt.

The German government restricted travel from South Africa on Friday. As of midnight on Saturday, it will be designated a high-risk “variant region,” which means airlines are only allowed to transport German residents to Germany. All those who arrive have to quarantine for 14 days, even if they are vaccinated.