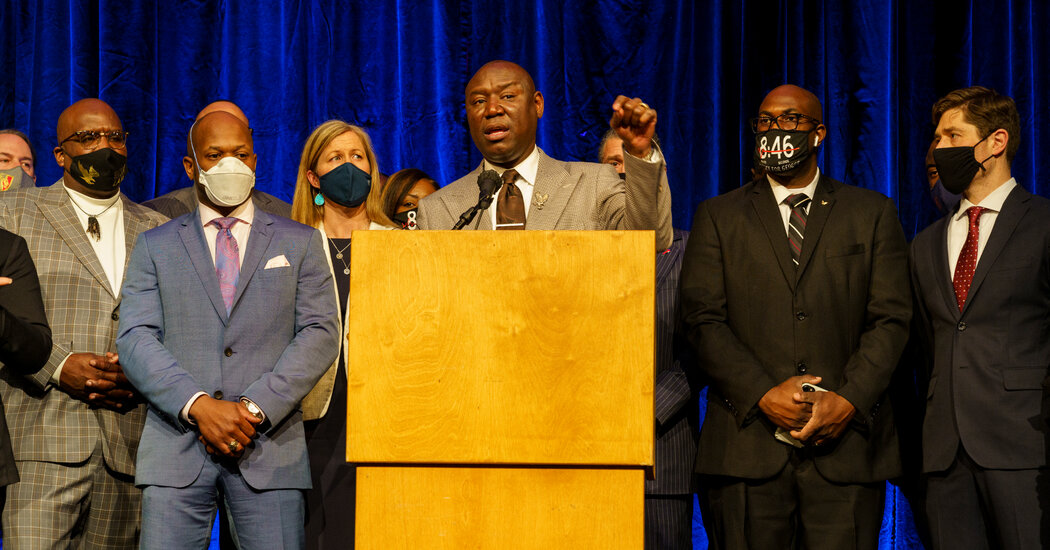 Mark Ruff, the city coordinator, said during a news conference that with cash reserves, officials were confident that the Floyd agreement would not lead to an increase in property taxes.

The settlement reflected the rise in payments over police abuse and misconduct in recent years. In September, Louisville, Ky., agreed to pay $12 million to the family of Breonna Taylor, the Black woman whom officers shot and killed in her apartment a year ago.

Five years earlier, the family of Freddie Gray reached a $6.4 million settlement with Baltimore after he was fatally injured in police custody. Also in 2015, New York agreed to pay $5.9 million to the family of Eric Garner, who died after a police officer used a chokehold on him.

In some ways, the escalating amounts are indicative of growing public support for holding the police accountable, said Katherine Macfarlane, an associate professor of law at the University of Idaho who specializes in civil rights litigation. But it is also an issue of precedent, she said.

“I think that once you have an incrementally larger settlement, it becomes, in some way, precedent to ask for at least that,” she said. “It gives an attorney a way to say, ‘This is what’s been done before on similar facts, but this is even worse, so we should go above that.’”

Mr. Floyd’s family had sued Minneapolis in July, saying that the police had violated his rights and failed to properly train its officers or fire those who violated department policies.

Mr. Crump said on Friday that the settlement was the largest ever reached before trial in a civil rights wrongful death lawsuit involving the police. That it came in a lawsuit over the death of a Black man, he said, “sends a powerful message that Black lives do matter and police brutality against people of color must end.”