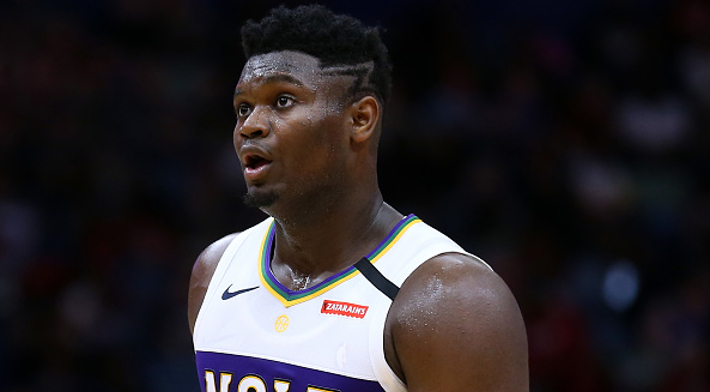 When it comes to the most iconic duos in recent NBA history, a lot of names come to mind. There’s Jordan and Pippen, Stockton and Malone, Shaq and Kobe, Steph and Klay. But one pairing that arguably doesn’t get enough attention these days is the Sonics’ one-two punch of Gary Payton and Shawn Kemp.

Long before there was Chris Paul and Blake Griffin, Payton and Kemp were connecting for highlight-reel jams on a nightly basis up in the original Lob City of the Pacific Northwest during the mid-90s. Though their championship hopes were dashed by the Bulls juggernaut of that era, like so many other greats, they left an indelible mark on the league.

They connected once again on Wednesday night for a sit-down special on NBA TV, “Reign Man & the Glove,” during which they took a trip down memory lane, but also spent some quality time looking at some of today’s rising stars, particularly the stark similarities between Kemp’s game and sophomore sensation Zion Williamson.

“I think a guy that reminds me more of you is Zion Williamson.” @GaryPayton looks at the similarities of @Zionwilliamson and @sk40_reignman. pic.twitter.com/nQti3YRfap

It turns out to be a pretty apt comparison, given their explosiveness around the room and a quick first step to blow by defenders when operating out of the high post. Zion, of course, is just starting to scratch the surface of his abilities, and his second season is going to be fascinating to watch with all the changes around the Pelicans organization in the offseason.