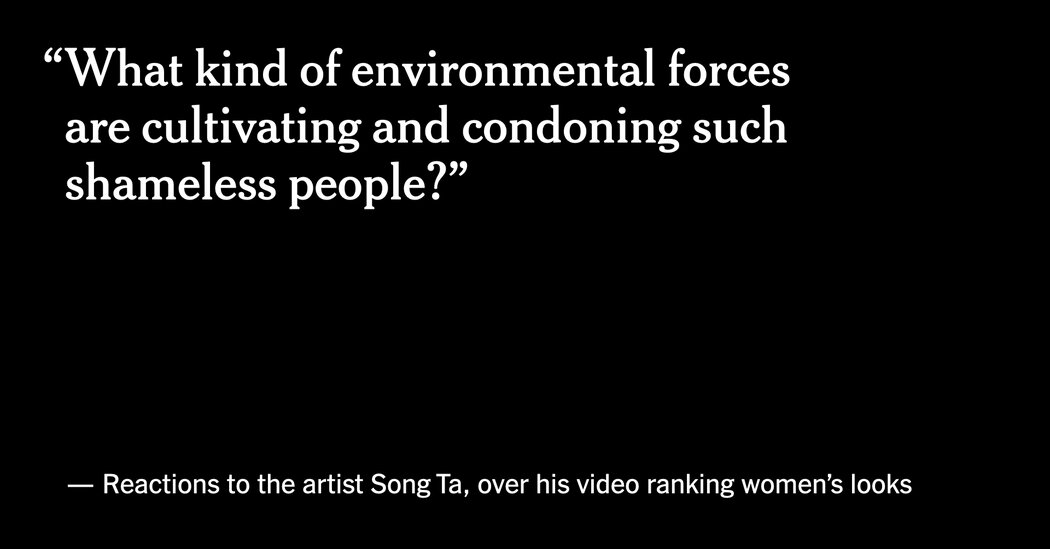 “What kind of environmental forces are cultivating and condoning such shameless people?” Zhang Ling, a Chinese film scholar who teaches at Purchase College of the State University of New York, wrote on Weibo, a popular Chinese social media platform. “The so-called ‘freedom of speech’ and ‘art creation’ should not be used as a fig leaf for the despicable.”

On Friday, OCAT Shanghai issued an apology, saying it was withdrawing the work and temporarily shutting down the exhibition so that it could take some time to “reflect” on its mistakes. Curated by Dai Zhuoqun, the exhibition, titled “The Circular Impact: Video Art 21,” featured works from 21 Chinese video artists spanning the past 21 years. The show had been scheduled to run from April 28 to July 11.

“After receiving criticism from everyone, we immediately re-examined the content of the work and the artist’s explanation,” the museum said. “We found that the concept of the work and its English title were disrespectful and offensive to women.”

Within China’s art circles, opinions were mixed. Some raised concerns about OCAT Shanghai’s handling of the case, contending that the museum could have done more to defend the artist or at least facilitate a discussion between Mr. Song and his critics. Others said that misogyny was a deep-rooted issue in the art world, and that the museum should not have given a platform to amplify Mr. Song’s work from the start.

OCAT Shanghai, Mr. Song and Mr. Dai did not respond to requests for comment.

The Guangzhou-born Mr. Song, who is in his early 30s, is known as a provocateur — a “bad boy” of sorts. His work often pokes fun at the political bureaucracy, and on at least one occasion censors pulled a piece of his from a government-backed show.

In one critically praised video installation, called “Who Is the Loveliest Guy?” (2014), Mr. Song persuades Chinese naval officers to ride a roller coaster and records their efforts to stay serious and composed. The installation was included in the New Museum’s Triennial in 2018.

Like many artists, Mr. Song has sought to challenge notions of what he sees as political correctness. In a 2013 performance art piece titled “One Is Not as Good as the Other,” he ranked 30 young female volunteers from “beautiful to ugly” and had them walk down a runway before an audience in that order. The work was part of a broader project by Mr. Song called “The Origin of Inequality.”