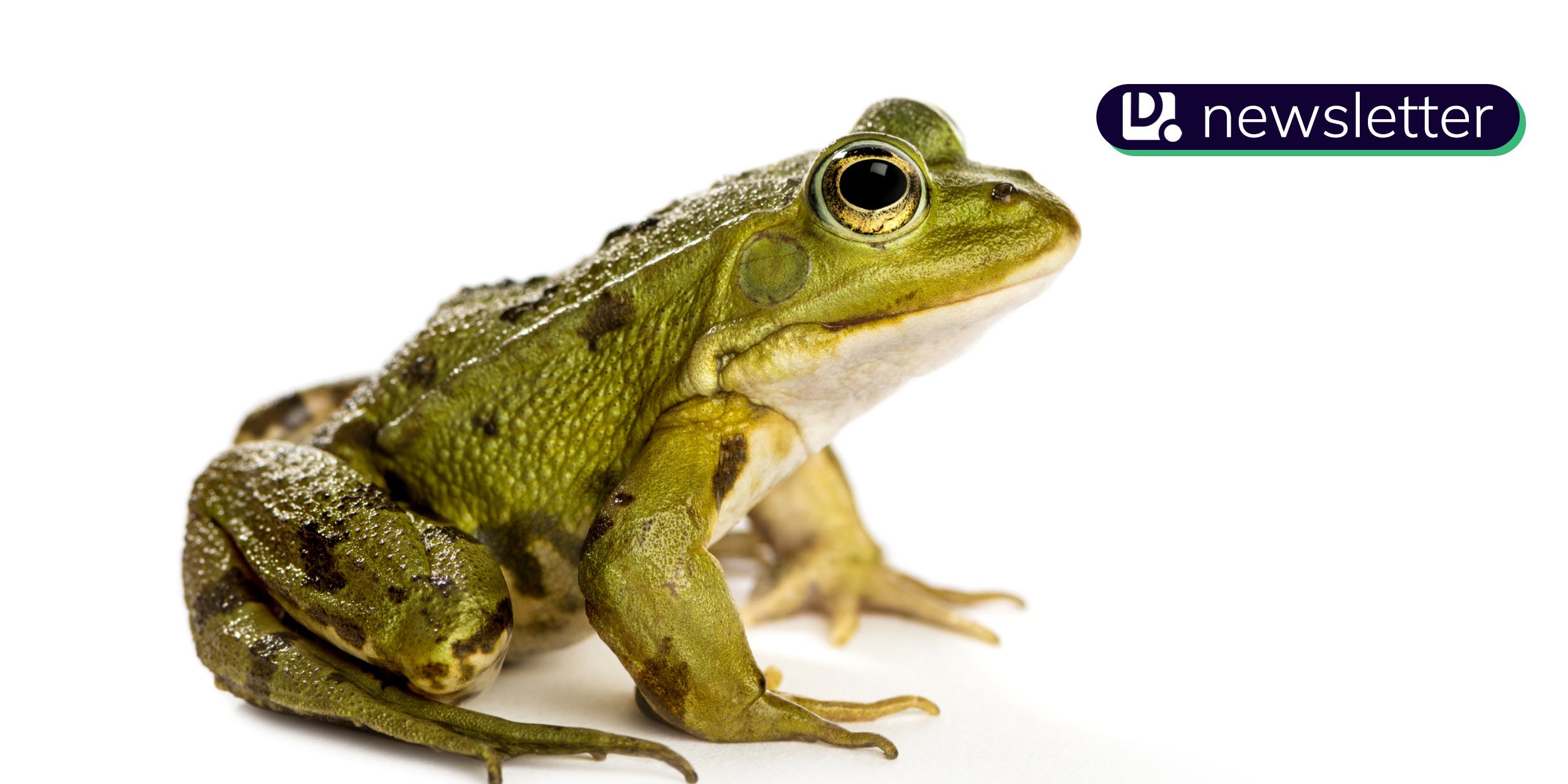 It’s Thursday, which means it is time for our Politics Reporter Claire’s weekly “Dirty Delete” column. But besides that we’ve got some key reports from across the internet including deepfakes being used to apply for remote jobs, the new Elvis Presley biopic sparking debate on TikTok, and how a photo of frog frozen in a tub of ice cream has the internet disgusted… and calling it fake.

DEEPFAKES: Cybercriminals are using deepfakes to apply for remote work jobs, the FBI recently warned. As our Tech Reporter Mikael details in report, the agency said it has received an “increase in complaints” reporting the use of deepfakes and stolen personally identifiable information to apply for remote work and work-from-home positions. You can check out the full report here.

CULTURE: In the wake of Baz Luhrmann’s Elvis Presley biopic hitting theaters, our Culture Reporter Michelle breaks down how TikTokers are highlighting the less savory aspects of the artist’s life. Read more about the discourse on TikTok here.

ROE V. WADE: While many people took to social media to offer refuge and services to those seeking abortions or needing to travel after the Supreme Court’s reversal of Roe v. Wade, some people online are warning people against accepting these offers. In a viral thread on Twitter, a user noted that those public offers could now make them targets and that “geofence warrants” could be applied to those residences. Read more about the warnings here.

VIRAL: A Facebook post showing what appeared to be a frog frozen in a tub of ice cream went viral, sparking disgust and debate across the internet. Many people called “bullshit” on the viral photo claiming it was made for clout. But regardless of the authenticity of the image, it definitely had thousands of people sharing their disgust. (This story includes graphic content pertaining to animals).

The Republican gubernatorial candidate in Pennsylvania insists that he’s not an extremist himself. He’s also tried to distance himself from conspiracy theorists. His record proves otherwise.

Mastriano, a Pennsylvania state senator, tweeted QAnon hashtags more than 50 times and appeared on shows hosted by people who believe the conspiracy theory that the planet is controlled by Satan-worshippers who rape and eat children.

Though Mastriano has attempted to pull a sort of “don’t believe your lying eyes” defense by saying he “strongly condemns” it, QAnon followers aren’t buying it.

Cheers rang out in QAnon world when he won the Republican primary in May. Perhaps they were just going by Mastriano’s actions, like posting a video of QAnon hero Mike Flynn endorsing him on Facebook in April.

Far-right extremists also cheered his victory. And why not? They have every reason to view Mastriano as an ally.

For one, Mastriano was at the Capitol riot. His online history includes tweeting lists of liberals he apparently holds in contempt, a surefire way to score points on the far-right.

In the event he becomes Pennsylvania’s governor, Mastriano plans to enact many policies that thrill right-wing extremists.

He’s proposed a “heartbeat bill” that would ban abortion at around six weeks, long before the embryo even has a heart, according to experts. (The “heartbeat” is just a cluster of cells that emit electrical signals).

Mastriano also plans to ban critical race theory, a fixation among extremists convinced that the law- and graduate school level theory that views American history through a lens that includes the impacts of slavery and racism is taught in primary schools. (It’s not).

And he’s got big plans to “restore confidence” in “election integrity.” It seems lost on him that the only reason people have doubt in election integrity is because people like his campaign’s new senior legal adviser Jenna Ellis told a bunch of lies that undermined their faith in elections.

Pennsylvania is a swing state whose governor has significant power over elections. If elected, Mastriano would appoint the Secretary of State, who runs its elections.

This theoretically means that a man who believed election lies enough to be at the Capitol riot could simply give Pennsylvania’s 20 electoral votes to whoever he wants.

He’d also pass a whole bunch of restrictions on reproductive freedom, public education, and more—while putting guns in the hands of anyone in Pennsylvania who wants one.

Discover the power of playtime with the limited-edition summer bundle from Cratejoy. Perfect for rainy days, these four unique activity kits create dynamic experiences for kids ages 5-10 and include supplies and access to virtual workshops. Get bundles of summer fun sent straight to your door. Free shipping!

A video showing a boss rating their workers’ outfits recently went viral on TikTok, sparking considerable debate. In the video, a TikTok user shows someone she claims is her boss writing scores for every person’s outfit on a whiteboard as they walk through the door. While the video is a joke, the dialogue surrounding the TikTok has been fierce.