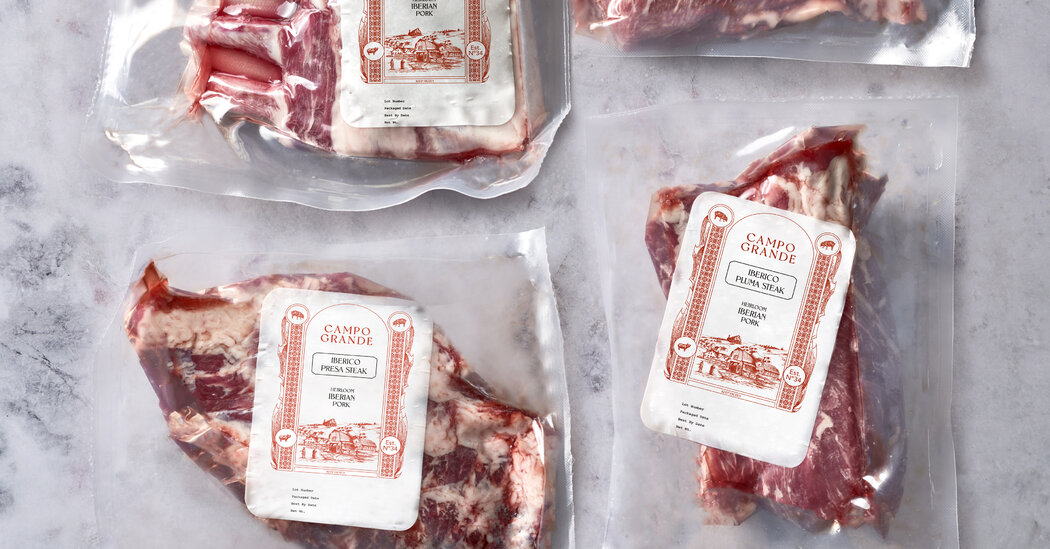 Ibérico, the prized pork from Spain’s free-ranging heirloom breeds is best known in its cured state, as ham. But fresh Ibérico in the muscle cuts typical in Spain, is delicious roasted, grilled or pan-seared. Campo Grande, an American company that works directly with small farmers in Spain, is a new source for the meat. The founder, Kurt Oriol, who is from Spain, had previously helped create Iberian Pastures, a company that raises Spanish heirloom breed pigs in Georgia. Campo Grande sells a box of assorted cuts of pork: a hefty four-rib roast, a thick presa from the loin for roasting or grilling, and two prized shoulder sections, pluma and secreto. Each one provides at least four servings of succulent, tender meat, best cooked just shy of medium. The company is also importing aged beef and some seafood.

The Fish That Comes With a Year of Good Luck

A Biography About Argentina’s Most Famous Red Grape