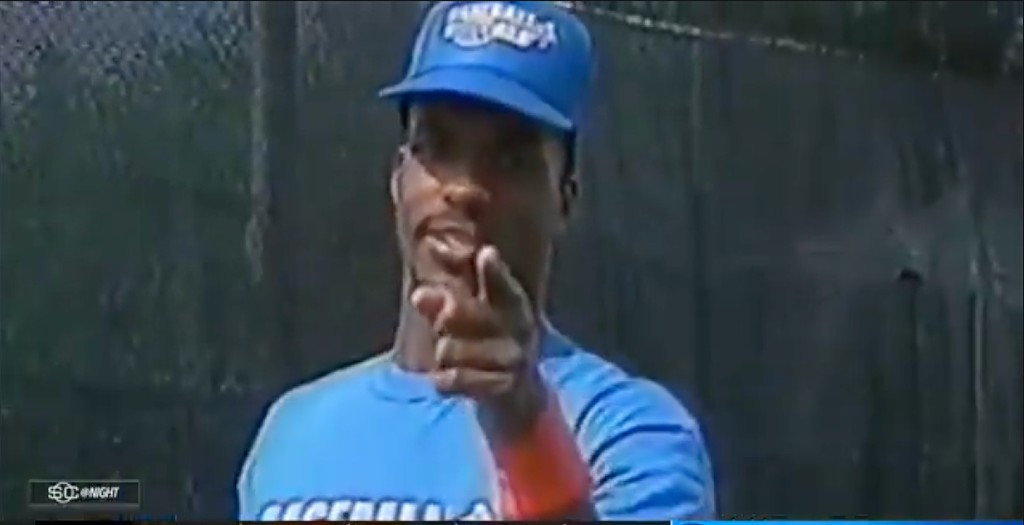 For baseball fans of a certain age, there are few things that will take you back to a moment in time like seeing Fred McGriff in his giant blue hat telling you to buy Tom Emanski’s Baseball World Defensive Drills video because “it gets results.”

The commercial is legendary, as before you even watched that you could already see the Crime Dog pointing at you, that kid throw a ball in the bucket behind home on a relay throw, and a circle of youths slapping baseballs at each other on the ground. If you forever want to keep that memory pure, then please do not read any further into this post, because you will soon be wondering what else from your childhood was a lie.

On Monday night, Kenny Mayne hosted his final SportsCenter, in which a number of sports legends joined him to say farewell, from Aaron Rodgers

Advertisement
to Marshawn Lynch to Sue Bird. Among them was Fred McGriff, who decided to break some news for Mayne on his final night, giving him the exclusive scoop that he has to this day never seen the skills video he endorsed, explaining how that entire promo came to be five years after he’d visited Emanski as a young player to work on his swing.

Fred McGriff says that he’s never actually seen the Tom Emanski defensive drills video (the instructional video that he said “gets results” in the commercial). pic.twitter.com/Of1iVCM5yM

If your parents shelled out $29.95 plus shipping and handling so you could get results, just know that it was all built on a lie.