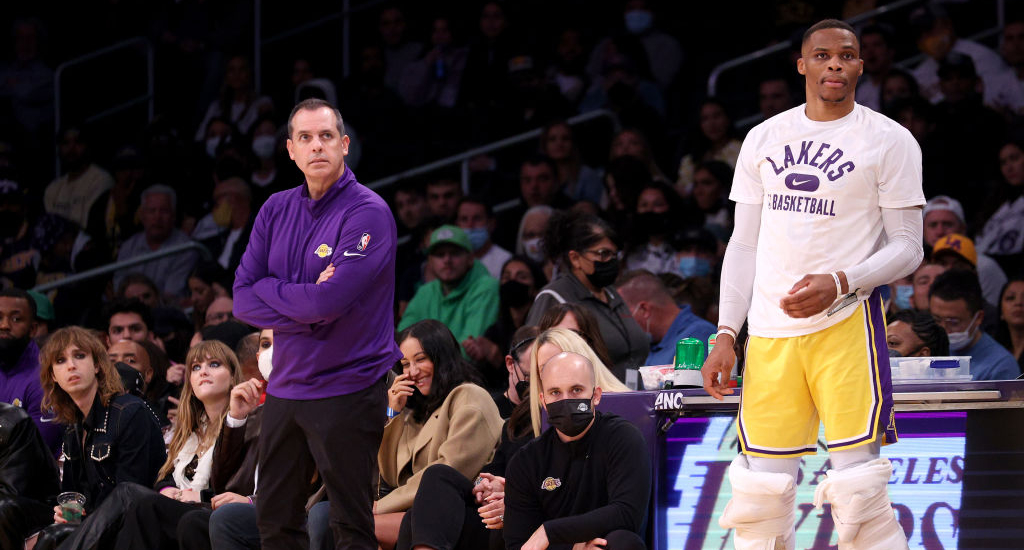 After beating the Utah Jazz in impressive fashion on Tuesday night amid rumors swirling about the future of coach Frank Vogel, the Lakers had a chance to enter their upcoming 6-game road trip with some positive vibes and a little two-game winning streak as the Pacers came into L.A. with just three road wins all season.

Early on, things looked good, as the Lakers took a 15-point lead in the first half, but as has happened all too often this season when L.A. takes a first half lead, their effort and energy seemed to wane and the Pacers steadily clawed their way back into the game. In the fourth quarter, the Lakers couldn’t turn it back on and the Pacers went on a 10-0 run at one point to snatch an 8-point lead that they would not give back, handing the Lakers an absolutely dreadful loss that dropped them back below .500 at 22-23.

For Vogel, it places him back on the hot seat — although it is pretty silly for his status as coach to be determined off game-to-game results — and he made the choice down the stretch not to play one significant member of the Lakers roster, pulling Russell Westbrook with just under four minutes to play and never re-inserting him in the lineup. After the game, Vogel was asked about that decision and had a blunt response.

“Playing the guys that I thought were going to win the game.” Frank Vogel on his decision to sub out Russell Westbrook for the final four minutes of the game. pic.twitter.com/M1PgbMNF0F

It’s certainly an eyebrow raising remark, as Westbrook’s struggles this season have been well-documented but he has remained a closer for the Lakers to varied results. In this particular game, Westbrook was 5-of-17 from the field (stunningly 4-of-6 from three and 1-of-11 from two) for 14 points with three assists and two rebounds and was a -18 for the game — only LeBron’s -20 was worse for the Lakers on this night. As such, it stands to reason that Vogel was making a sound decision, but this quote certainly seems like a man who no longer cares about the optics of what he’s doing and knows his days are likely limited.

As for a response from Westbrook, there wouldn’t be one on Wednesday night as he left the arena without talking to reporters.

Russell Westbrook left the arena without speaking to reporters tonight.