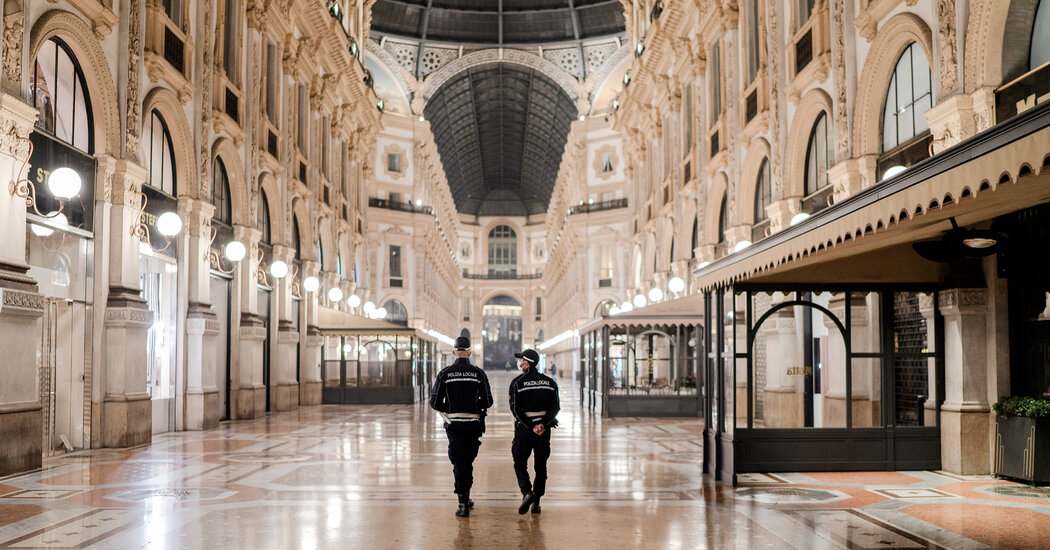 As winter approaches, Europe is struggling with a brutal resurgence of the virus, one that, along with the U.S. surge, has helped push the global case count over 50 million, according to a New York Times database. France and Italy have reported record daily case totals in recent days as both countries have moved to lock down some regions.

In Italy, where the devastation of the first wave in the spring looms large, 39,809 new coronavirus cases were reported on Saturday, a new daily record. Its daily average has increased by 119 percent over the past two weeks.

Deaths in Italy have increased by a staggering 232 percent over the past two weeks, with 425 deaths reported on Saturday.

Arno Kompatscher, the governor of Italy’s Bolzano Province, known for its ski resorts, moved on Sunday

Advertisement
to lock down the area, limiting travel and closing most nonessential stores and in-person dining.

Bolzano’s “red zone” restrictions add it to the list of Italian regions under strict lockdown; Valle d’Aosta, Piedmont and Lombardy — home to Milan — are also under shutdowns.

France reported a record 60,486 new cases on Friday and 40,439 on Saturday. While the daily average there has risen by 57 percent over the past two weeks, deaths have increased by 170 percent in the same period.

On Sunday, nine of the 10 countries with the highest average daily case totals per person were in Europe, including the Czech Republic (third highest), Switzerland (fourth highest) and France (eighth highest), according to a Times database.