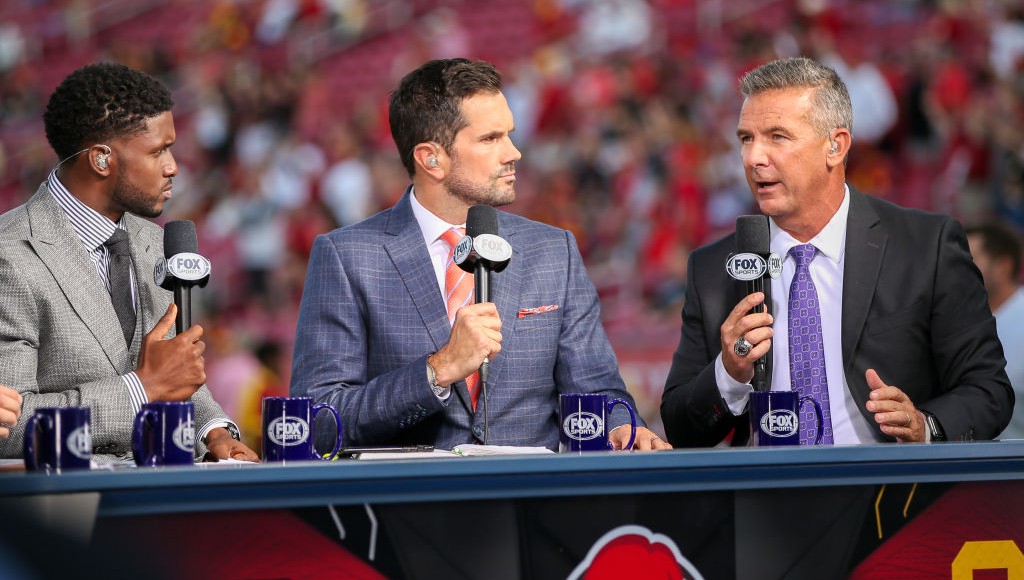 College football sees its final conferences return to the field this week, as the Pac-12 and MAC both start their seasons, but as they begin there are ample cautionary tales around the sport for the need for vigilance and concern still about the COVID-19 pandemic that saw the United States cross 100,000 daily cases for the first time this week.

Among the biggest schools that won’t be playing this week is Wisconsin, canceling its second straight game due to an outbreak of 27 cases within the program, and a further reminder of the issues that will be present ahead of the Pac-12’s first game of the season. Arizona and USC are set to play on the “Big Noon Saturday” game on Fox, but the Fox “Big Noon Kickoff” show has also been significantly impacted by COVID-19. According to Andrew Marchand of the New York Post, Urban Meyer, Reggie Bush, Matt Leinart, Brady Quinn, and host Rob Stone are all quarantining due to virus protocol this week.

Advertisement
whether any of them had tested positive, but simply noted it was “out of an abundance of caution” that the crew wouldn’t be on set this week. As for the plans for Saturday’s broadcast, Marchand reports Fox will turn to its two most prominent NFL personalities.
Advertisement

In their place, Fox Sports will have Terry Bradshaw, Howie Long, Emmanuel Acho, with host Charissa Thompson. Bradshaw, Long and Thompson work on Fox’s NFL Sunday studio coverage, while the up-and-coming Acho is on the daily FS1 program, “Speak for Yourself.” This Saturday’s “Big Noon Kickoff” will be condensed from two hours to one.

Hopefully, everyone on the “Big Noon Kickoff” crew will be able to remain healthy and none will have serious symptoms if they tested positive — or will be able to stay negative, if not.