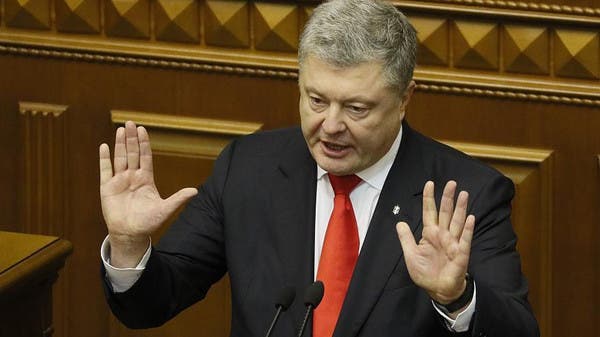 Ukraine’s former president Petro Poroshenko landed in Kyiv on Monday to face treason charges in a criminal case he says was trumped up by allies of his successor, President Volodymyr Zelenskiy.

In a brief standoff at border control, he accused the border guards of taking away his passport. He later emerged to a crowd of flag-waving supporters outside the airport.

At a separate briefing, Ukrainian investigators said they had tried to serve a subpoena to Poroshenko, who refused to take the documents.