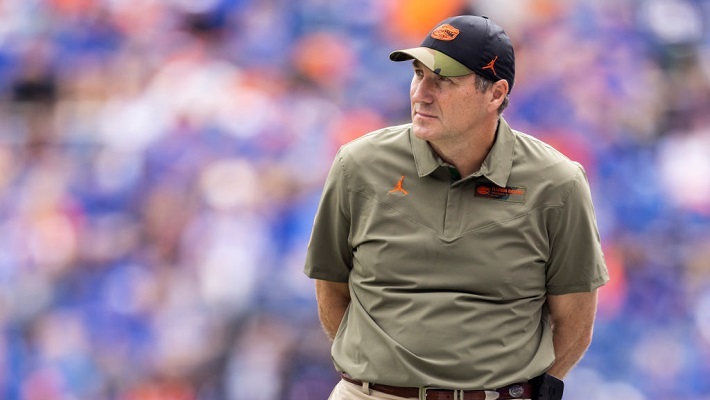 The Florida Gators entered this season with hopes of being a playoff contender and the top challenger to Georgia in the SEC East. After pushing Alabama to the brink early in the season in a two-point loss, it seemed those expectations might have been on point, but since beating Tennessee a week later, the wheels have come off in Gainesville.

Florida has lost five of its last seven games, with its only wins coming against Vanderbilt and Samford — and Samford led them at the half and finished with 52 points. Most recently, the Gators fell to Mizzou in Columbia in a 24-23 overtime loss that saw them once again looking listless on the offensive end. Less than 24 hours later, head coach Dan Mullen was fired from his post ahead of the Gators’ final game against Florida State.

It is a rather incredible fall from grace for Mullen in his fourth season at Florida, who entered this season with a 29-9 record as head coach before this year’s disastrous 5-6 effort. Mullen came under fire initially following the loss to Georgia when Kirby Smart took a not so subtle shot at the Gators struggles on the recruiting trail, leading Mullen to say he would talk about recruiting after the season — an indication that the Florida head man was not taking that part of his job seriously enough.

Now the Gators will enter yet another coaching search, desperate to find someone who can elevate the team back to their Urban Meyer era success — something they hoped Mullen, the offensive coordinator under Meyer, would do. To do that, recruiting figures to be at the top of the Gators’ wish list, as Mullen’s abilities as a playcaller were rarely in doubt, but it was clear by this weekend that the team was no longer all-in with him as coach and their struggles on the recruiting trail made it a pretty easy decision for boosters to move on.