A mezzanine floor has collapsed at a bar in east London, leaving more than a dozen people injured.

The London Air Ambulance Service (LAS) responded to reports at 4.44 pm on Saturday (3.44am AEDT) that an area of the building had given way at the Two More Years bar and restaurant in Hackney Wick, close to the site of the 2012 Olympic Games hosted in the British capital.

Emergency services worked together to treat 13 injured people, three of whom sustained potentially severe injuries and 10 more had minor injuries, while four were taken to the hospital, LAS said in a statement. 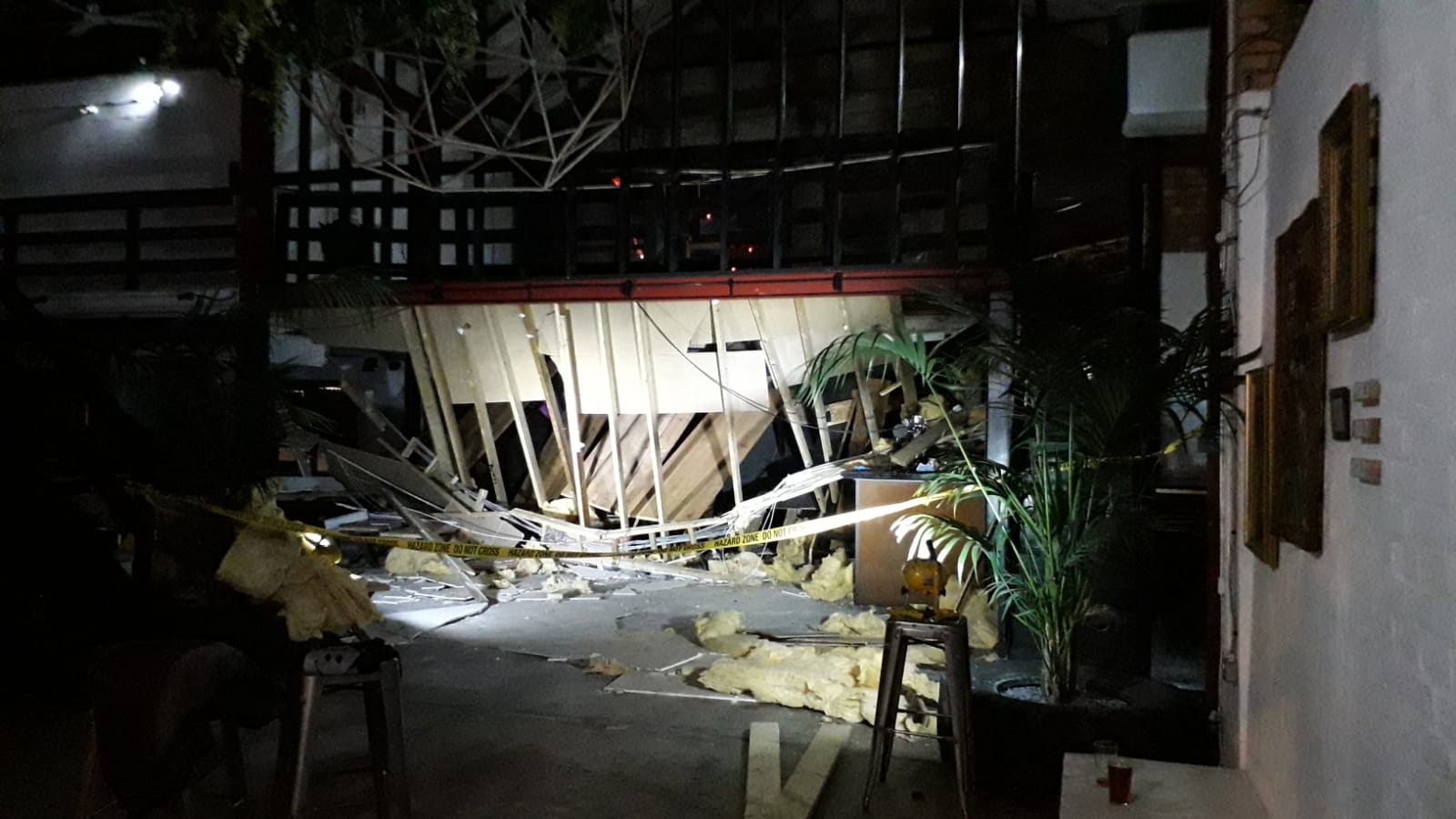 About 50 people had left the building before the London Fire Brigade arrived at the location, the organisation said in a press statement.

"Firefighters carried out a systematic search of the building and rescued seven people from inside," fire brigade station commander Sacha Clement said in a press statement.

"They were trapped on the remaining part of the mezzanine floor and crews used a ladder to bridge between the floor and the internal staircase to get them safely out of the building.

"We worked with our emergency services partners and a number of people were treated at the scene and taken to hospital," the statement continued.

"Our thoughts are with everyone that has been affected," the post added.