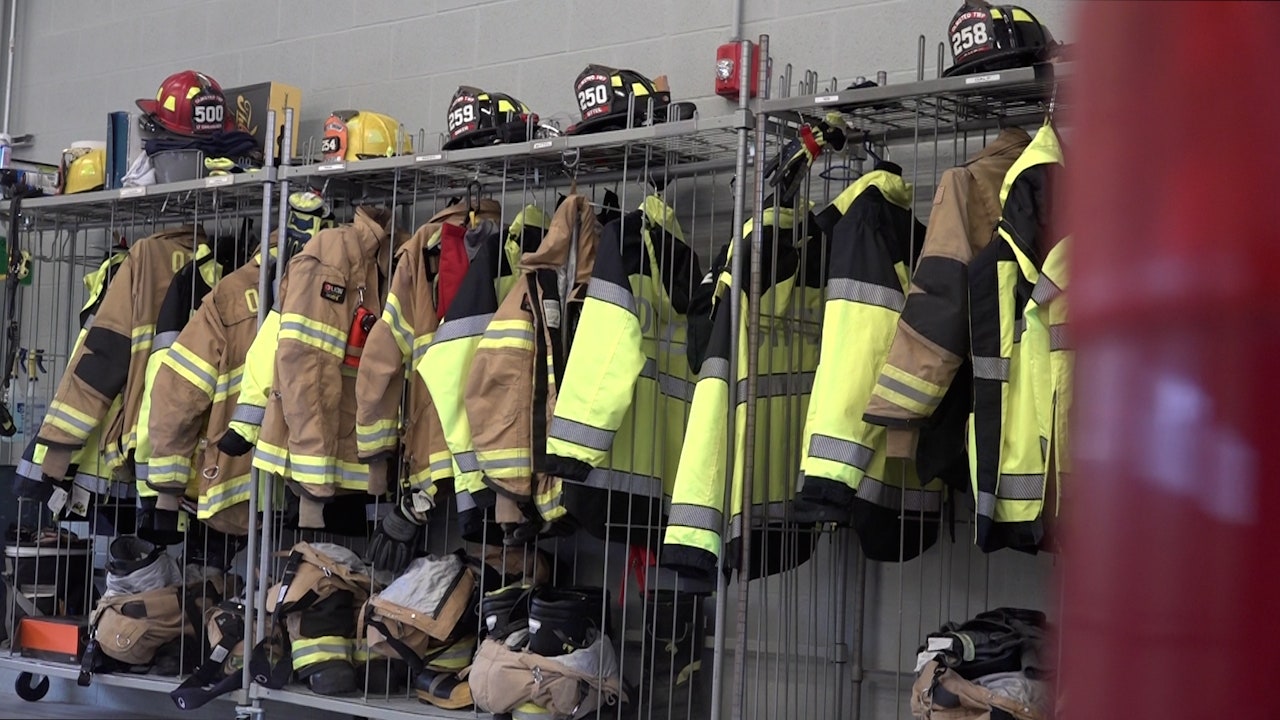 CLEVELAND, Ohio – Across the U.S., emergency first responders are answering the call to help people in Ukraine by sending extra safety equipment to the war-torn nation.

A patchwork of collection efforts in at least 10 states has mobilized to send hundreds of sets of firefighting gear — turnout gear — to those battling blazes and combing through debris from Russian missile strikes.

It all began in March when a Ukrainian American firefighter in Clifton, New Jersey, asked local fire departments to donate their used protective gear to the war effort. In the U.S., turnout gear is usually decommissioned after 10 years even if it’s still usable.

Since then, the Clifton Fire Department has received an “overwhelming” amount of support from fire departments nationwide who have donated old gear, department officials say.

Across the country, first responders are answering the call to help people in Ukraine by sending extra safety gear to the war-torn nation.
(Stephen Goin)

Others have been inspired to launch similar collection efforts where they live.

In Ohio, the Cleveland Maidan Association organized a donation effort that has collected more than 50 sets of turnout gear so far, including fire-resistant boots, coat, pants, gloves and helmets.

“When you have that extra support from the world and people hundreds of thousands of miles away, it makes a big impact,” said Nadiya Petriv, a Ukrainian American who organized the donations. “They [Ukrainians] have the people that are ready to work, so we want to make sure that as many people who are willing to help are able to help and there’s no, you know, jeopardizing their health as well while they’re trying to help other people.”

Petriv told Fox News the first donation she received from a fire department in Olmsted Township, Ohio, sparked a surge of donations across the state.

“You can’t really do your job without having it. It’s basically like your body armor,” said Patrick Kelly, chief of the Olmsted Township Fire Department. “We’re just doing our part to help the folks in Ukraine. We can’t imagine what they’re going through, but it’s good to know this gear is going to good use, and hopefully we can be a part of lessening some of their pain.”

In addition to safety equipment, some U.S. firefighters will travel to Ukraine to help first responders on the ground. A group of 10 firefighters from San Diego plans to visit the embattled country in April.

“All firefighters are built the same. We all want to help out our fellow citizens, and this is just an extension of that, by helping our brothers and sisters in Ukraine,” said Steve Hirsch, chairman of the National Volunteer Fire Council.