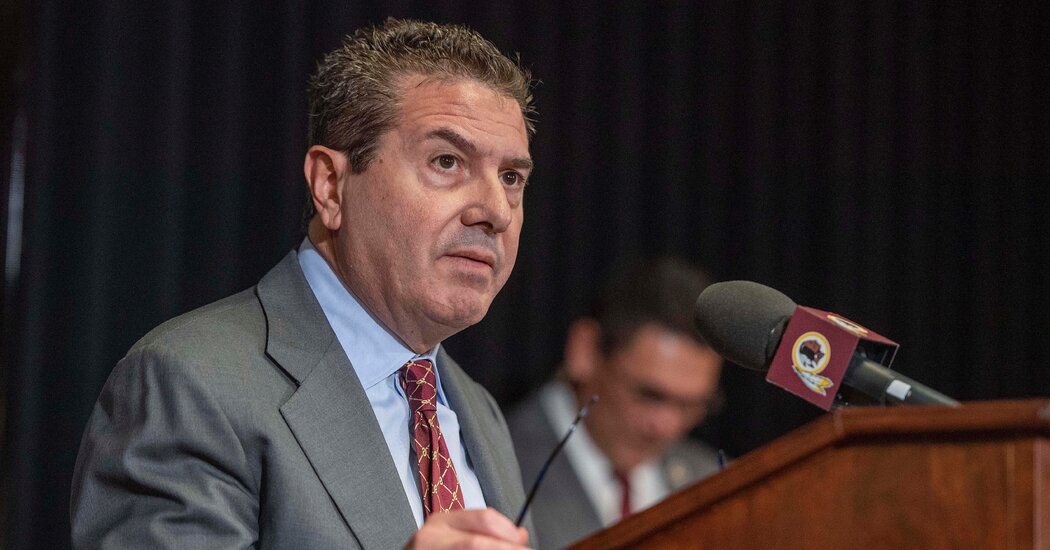 Snyder claims, in court filings, that Schar, in retribution, schemed to leak to the news media negative information about Snyder’s personal life and operation of the team in the hope that it would be damaging enough to compel him to sell it. The sale of the entire team — not only Snyder’s share but also the stakes owned by Schar, Smith and Rothman — would significantly inflate the value of the nonvoting shares the three minority partners have been trying to sell since this spring.

A lawyer for Schar did not respond to a request for comment.

The team, 6-7 but on track for a playoff spot, has been playing better this season under a new coach. It is at the top of its chaotic division with three games left in the regular season.

Yet Snyder has been trailed by controversy, including accusations from cheerleaders that they were sexually harassed and intimidated on the job by well-heeled supporters and team employees, and the allegations of widespread sexual harassment in the team’s front office that remain under investigation by the league.

But, according to people with knowledge of the negotiations, N.F.L. owners believe Schar crossed a line in seeking to publicly malign Snyder. Even so, kicking out an owner or part owner is seen as a rare, last resort, and so they are pushing for a settlement in which Snyder would buy out the partners.

Under the plan representatives for the partners are working out, Schar’s proceeds would be reduced by millions of dollars as a penalty for trying to publicly undermine Snyder, according to three people aware of the potential penalties. Even then, he will walk away with hundreds of millions of dollars.

“The most important thing for the league is its image,” said Upton Bell, a longtime team executive and the son of the former N.F.L. commissioner Bert Bell, speaking generally about ownership disputes. “They want to make it look like it’s Disney World when it’s not. It’s business, it’s not a moral universe.”

The fight, at heart, is over money.

The limited partners grew disenchanted in May when, during the height of the coronavirus pandemic that was threatening the coming N.F.L. season, Snyder halted the payment of annual dividends to Schar, Rothman, Smith and other limited partners. He did not explain the decision, but it was consistent with similar steps taken by other owners.