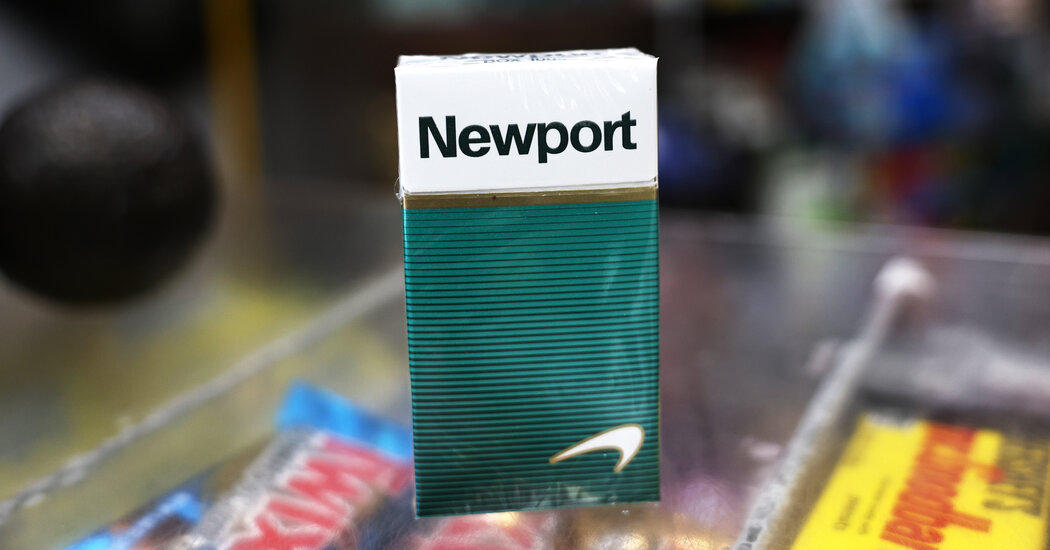 Public health experts, who have been pushing for a menthol ban for many years, celebrated the news.

“We are thrilled that the F.D.A. is taking this important step to protect all citizens, but especially African-Americans, from the deadly impacts of menthol,” said Kelsey Romeo-Stuppy, managing attorney for Action on Smoking and Health, a tobacco control organization and a plaintiff in the lawsuit that helped lead to the proposed ban on flavored cigarettes and cigars. The plaintiffs sued the F.D.A. last year for inaction on menthol.

The other plaintiffs in the lawsuit are the African American Tobacco Control Leadership Council, the American Medical Association and the National Medical Association. The lawsuit was intended in part to nudge forward a citizen petition to ban menthol, filed in 2013 by the Public Health Law Center and other public health organizations.

The tobacco industry and its allies were quick to criticize the F.D.A.’s plan. In emailed statements, both R.J. Reynolds, which makes Newport, the top-selling menthol brand in the United States, and Altria, which produces several menthol varieties, made it clear that they would not sit back and wait for a ban that would devastate much of their business in the United States.

In fact, hours after word leaked of the F.D.A. proposal, an organization calling itself Law Enforcement Action Partnership sent out a news release noting its opposition to the menthol ban. The organization’s tax form shows its largest donor for 2019 was Reynolds American Inc. Services Company, which gave the group $450,000, more than a third of its reported total contributions and grants for the year.

The group invoked an old and discredited tobacco industry argument: that efforts to ban menthol would “be bad for police-community trust.”

But the F.D.A.’s plan would address only the manufacturing, distribution, import and sale of menthol cigarettes — not carrying or smoking them.