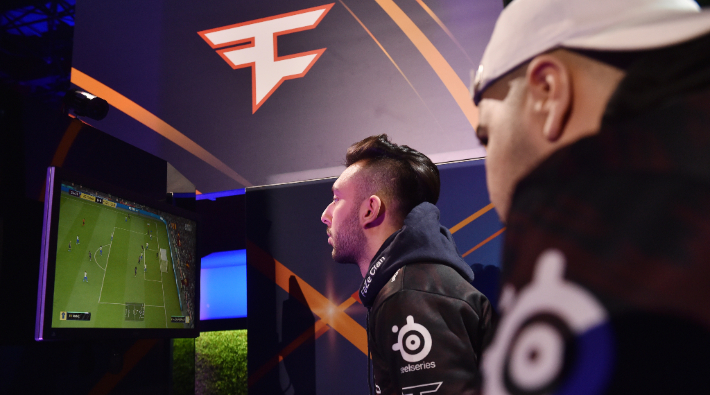 There are few brands in the world as big as FaZe Clan is right now. This is a company with beginnings as a place everyone went to for trick shot Call of Duty videos, but as time has gone on, they’ve become a powerhouse in gaming and beyond.

Go to their website right now and you’ll find a shop full of merchandise, gaming chairs, and some of the biggest names on the internet promoting it. FaZe Clan may be known for their gaming videos on YouTube, and army of Twitch streamers, but their influence is going even further. Athletes like JuJu Smith Schuster, Ben Simmons, and Bronny James are all members of FaZe and represent them when they’re streaming.

As gaming continues to grow, it’s becoming clear that it is making an impact in a number of different avenues. FaZe is one of the groups leading that charge, and it’s why Call of Duty League co-owner of the Atlanta Faze, Paul Hamilton, believes that FaZe will one day be the biggest lifestyle brand in the world.

“I believe that in the next five years they’ll be the biggest lifestyle brand in the world,” says Paul Hamilton, who co-owns the Call of Duty League’s Atlanta FaZe team with his own company, Atlanta Esports Ventures. “The way content is being consumed is different. My kids will never go to the TV, turn it on and see if there’s cartoons on. They go to their iPad and go watch their favorite streamer. FaZe Clan has been in that area for so long. They have a better idea of what their fans want to consume and how it evolves.”

There’s a lot of truth to what Hamilton is saying here. As children grow up, they aren’t watching the same stuff that all of us did as kids — they watch streamers and gaming videos on YouTube instead of flipping around on TV. They’re growing up embracing gaming and those brands as a result. So companies like FaZe have a head start on everyone else, which they hope will pay off down the road.