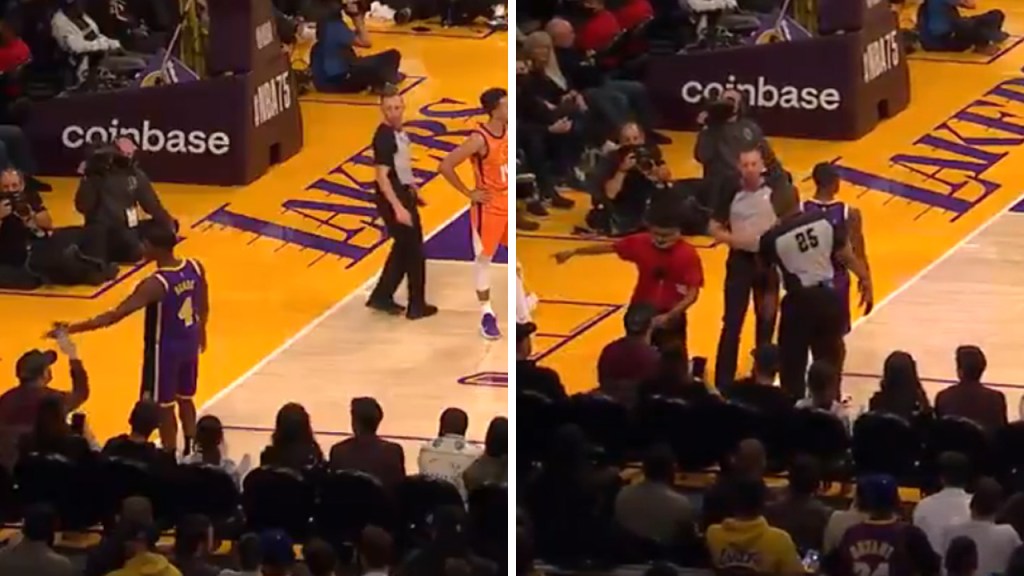 During the third quarter of the Los Angeles Lakers’ game against the Phoenix Suns, a fan was ejected for an incident with Lakers guard Rajon Rondo. Video showed that Rondo, while appearing to point at someone in the aftermath of a drink getting spilled on the floor, had his hand slapped away by a fan sitting courtside.

Immediately after the fan made contact with Rondo, the officials and courtside security came over and saw to it that he was removed from the arena. It is unclear if Rondo and the fan exchanged in any back-and-forth, or if the fan was unhappy with how Rondo was pointing at him.

At the time of the incident, the Suns found themselves up by 30 in a rematch of a series we saw in the first round of the 2021 NBA playoffs. The Lakers had already lost their first game of the year on the league’s opening night of the 2021-22 season in a 121-114 loss to the Golden State Warriors.

After winning a championship with the Lakers during the NBA’s Orlando Bubble, Rondo joined the Atlanta Hawks in the 2020 offseason before getting traded to the Clippers at the deadline. This past offseason, he made the decision to return to the Lakers on a one-year deal.