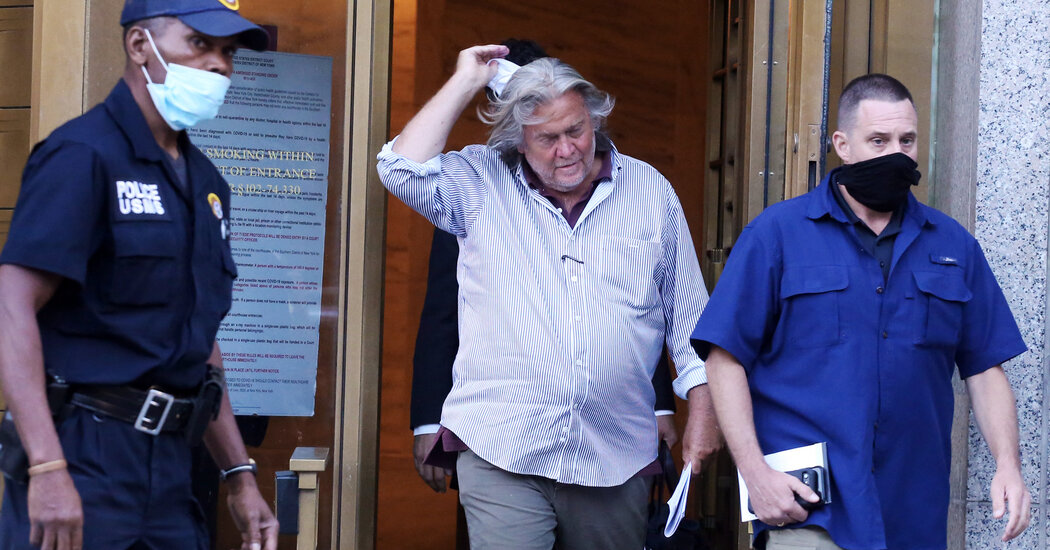 Facebook said on Monday that it had removed a network of pages affiliated with the former Trump strategist Stephen K. Bannon that worked together to push false information about the presidential election.

The company said it had removed seven pages associated with the Stop the Steal hashtag, a reference to conservatives’ unfounded accusations that Democrats stole last week’s election. The pages had amassed a following of roughly 2.5 million people.

“We’ve removed several clusters of activity for using inauthentic behavior tactics to artificially boost how many people saw their content,” said Andy Stone, a Facebook spokesman. “That includes a group that was originally named Stop the Steal, which later became Gay Communists for Socialism and misled people about its purpose using deceptive tactics.”

The move is the latest example of Facebook’s wide-ranging crackdown on misinformation about the election. In recent weeks, the company has removed more types of content and taken more steps to clamp down on falsehoods, though it has said the measures are temporary and focused on the period around the election.

Conservatives, emulating statements from President Trump, have used the Stop the Steal idea to form groups and coordinate protests across the internet. On Thursday, Facebook took down the largest Stop the Steal Facebook group, which had attracted more than 320,000 followers in less than 24 hours.

But other groups popped up. Facebook took action on them late last week after Avaaz, a progressive nonprofit that monitors digital disinformation, contacted the social network about their proliferation.

Some of the pages were linked to Mr. Bannon’s page on Facebook, the company said. It has temporarily halted some of his Facebook permissions, including the ability to create posts, but his account has been allowed to remain on the site. The Washington Post earlier reported the action by Facebook.

A spokesperson for Mr. Bannon did not immediately respond to a request for comment.

The moves did not go as far as one by Twitter, which suspended an account belonging to Mr. Bannon on Thursday after he posted a video suggesting that Dr. Anthony Fauci, the infectious-disease expert, and Christopher A. Wray, the F.B.I. director, should be beheaded. Mr. Bannon made the comments during a livestream of his show, “War Room: Pandemic.”