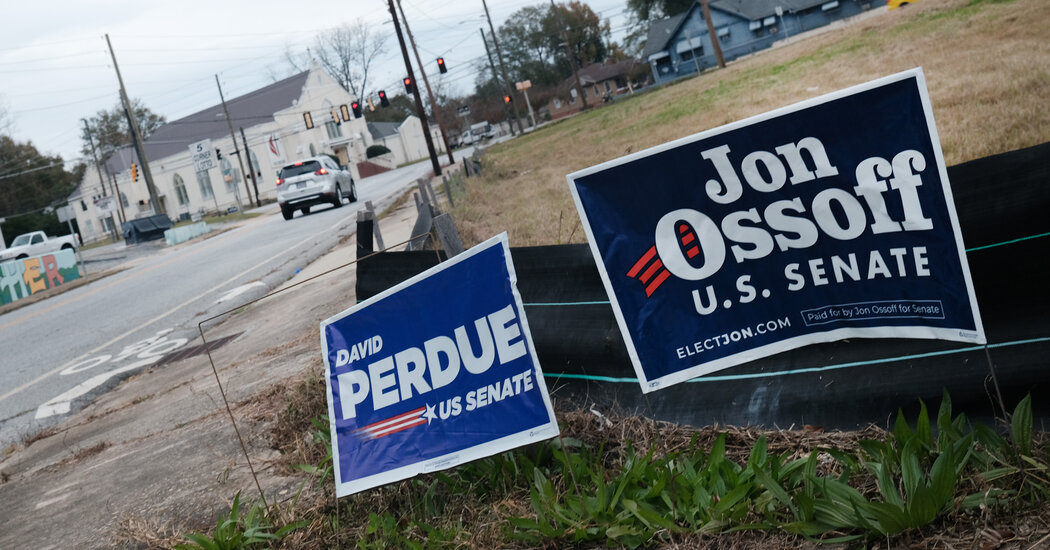 Facebook said on Tuesday that it would allow some advertisers to run political issue and candidacy ads in Georgia, a change from its recent ban on political ads in the United States and just weeks before a major runoff election in the state could decide the future of the Senate.

Beginning Wednesday morning, Facebook said it would allow authorized advertisers to buy and run political ads targeted to people within Georgia. Only those previously authorized to run such ads on the platform will be permitted, a process that involves identity verification and other safety measures. Facebook’s ban on political ads will otherwise remain in effect for the remaining 49 states.

“In recent weeks we’ve heard feedback from experts and advertisers across the political spectrum about the importance of expressing voice and using our tools to reach voters ahead of Georgia’s runoff elections,” Sarah Schiff, a Facebook product manager in charge of political advertising, said in a company blog post about the change. “We agree that our ad tools are an important way for people to get information about these elections.”

The move follows months of contentiousness around political advertising on Facebook, which critics have said helps misinformation spread. For the past few years, Mark Zuckerberg, Facebook’s chief executive, has said he wishes to maintain a largely hands-off stance toward speech on the site unless it poses an immediate harm to the public or individuals, saying that he “does not want to be the arbiter of truth.”

But before the Nov. 3 presidential election, Facebook took some steps to rein in misinformation. That included halting new ad purchases in the week before Election Day, and pausing all political advertising in the United States after the polls closed. The company has said the political ads ban is temporary, but it has not said when such ads will be allowed to resume.

Facebook said it planned to ramp up the ads program slowly in Georgia, beginning with those running political campaigns in the state, as well as state and local elections officials and state and national political parties. The company added that it would reject political advertising that is targeted outside Georgia or that does not concern the coming runoff election.

Google, which paused more than five million ads that referred to the presidential election after the polls closed, said last week that it was changing that policy and would permit advertisers to begin running election-related ads again “as long as they comply with our global advertising policies.”