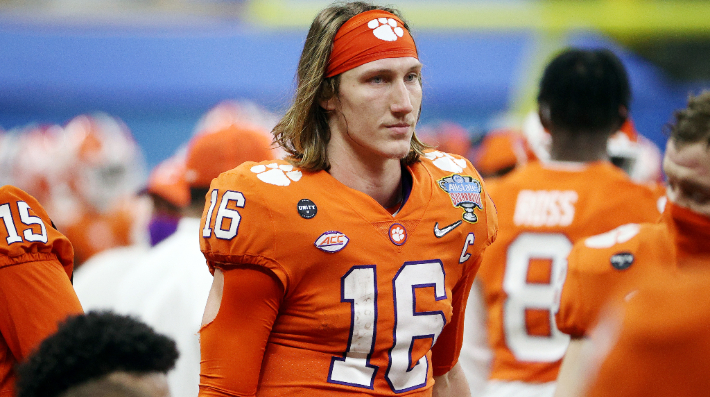 The 2021 NFL Draft begins on Thursday night. It’s the biggest day in the lives of a number of individuals, all of whom will achieve their dreams of becoming an NFL player. For us sitting at home, the Draft is an opportunity to learn about the next generation of professional football players during the biggest sports event of that weekend.

The Draft has grown considerably from a fun little quirk to an all-out event, and apparently, the fine folks at Marvel have decided to get in on the fun. ESPN announced that it’ll team up with Marvel to create a collection of comic book-inspired cover for seven players in this Draft: Alabama’s Najee Harris and DeVonta Smith, BYU’s Zach Wilson, Clemson’s Trevor Lawrence, Georgia’s Azeez Ojulari, Michigan’s Kwity Paye, and Notre Dame’s Jeremia Owusu-Koramoah.

The Worldwide Leader dropped six of the covers already, with the seventh getting revealed just before the start of the Draft.

As that tweet indicates, Lawrence is the only player whose Marvel cover is not clear. At the very least, this adds the smallest amount of uncertainty to what should be a pretty drama-free night for the former Clemson standout, as Lawrence has been written in permanent marker as the No. 1 pick to the Jacksonville Jaguars from the moment he declared for the Draft.