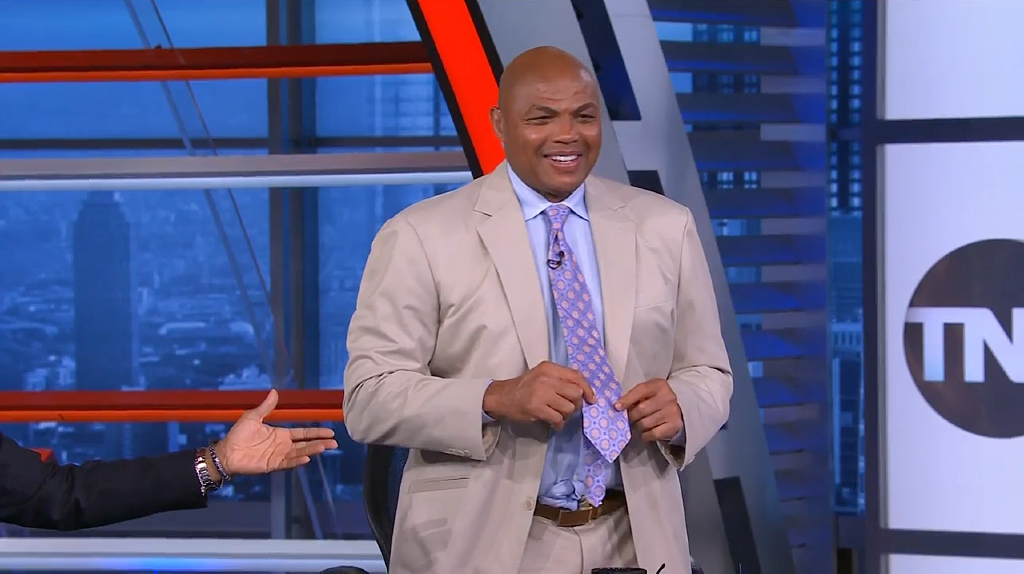 Typically on Inside the NBA, Ernie Johnson’s job is to keep the train on the tracks (or as close to the tracks as possible), while Charles Barkley, Kenny Smith, and Shaquille O’Neal go off on tangents and arguments and generally threaten to derail the show off course.

On Monday night, though, Ernie decided to be the one to drag the show off track when he made sure to not let Charles Barkley’s disastrously tied tie escape ridicule on national TV by hiding behind the desk. Johnson stopped a discussion of the first half of Mavs-Suns to call a “fashion foul” on Chuck and make him stand up and show the TNT audience how badly he screwed up tying his tie, with Kenny Smith loving every second of it.

Tying ties is a tough thing to master when you’re a young man (or just generally someone who wears them rarely), but you would think someone who has been on television for two decades wearing a shirt and tie every night wouldn’t have that issue. However, we learned that Kenny is the mastermind behind Chuck’s ties normally, but on this night Barkley decided to go it alone and Smith joked that he needs to be put back in charge of tying Barkley’s ties going forward.

The best part was Chuck’s “solution” during the next commercial break was to stuff the back part of his tie into his shirt so it wouldn’t hang down, which of course he did on camera so they put him on blast immediately.