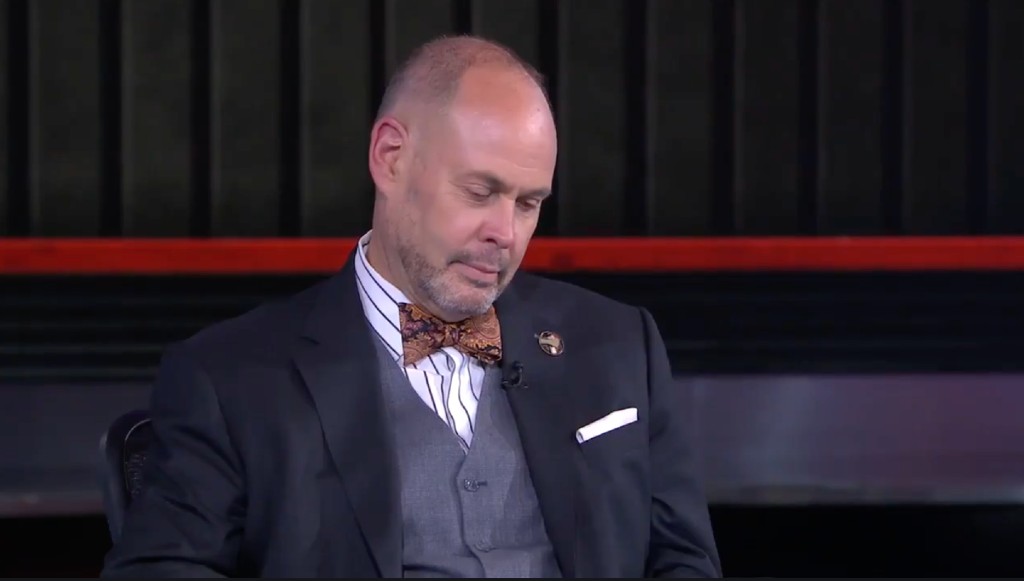 The Inside The NBA crew has been together in their current form for over a decade, and as such it’s hard to avoid repeating yourself or coming back to the same topics at some point. At times this plays out in basketball debates, as Shaq, Chuck, and Kenny fall into the same arguments, but it also happens with their random tangents as well.

On Thursday night, the crew once again got into it over Shaq’s gas tank theory, in which he doesn’t want to fill his entire tank up every time he stops but just put in enough to get where he needs to go. It drives the rest of the crew nuts, as they point out he’s eventually going to have to put that gas in his tank again to go somewhere else, but he just refuses to back down from his stance. This time, Ernie Johnson had enough, begging them not to get into this same argument they’ve been in for four years now, but even Ernie’s despair couldn’t stop this train from going off the tracks as Kenny and Shaq allowed themselves to get riled up by Chuck once again about gas.

The cut to Ernie’s despondent face in the midst of all of this is why they win so many Emmys. It is truly some sensational production work. The best part is that Chuck got it started, knowing exactly what would happen and then just sat off to the side cackling while Kenny can’t help but engage with Shaq in the world’s dumbest conversation. Shaq breaking out stat sheets to try and illustrate his point is also tremendous, as if the problem here is that Kenny just needs a visual aid to understand his lunacy.