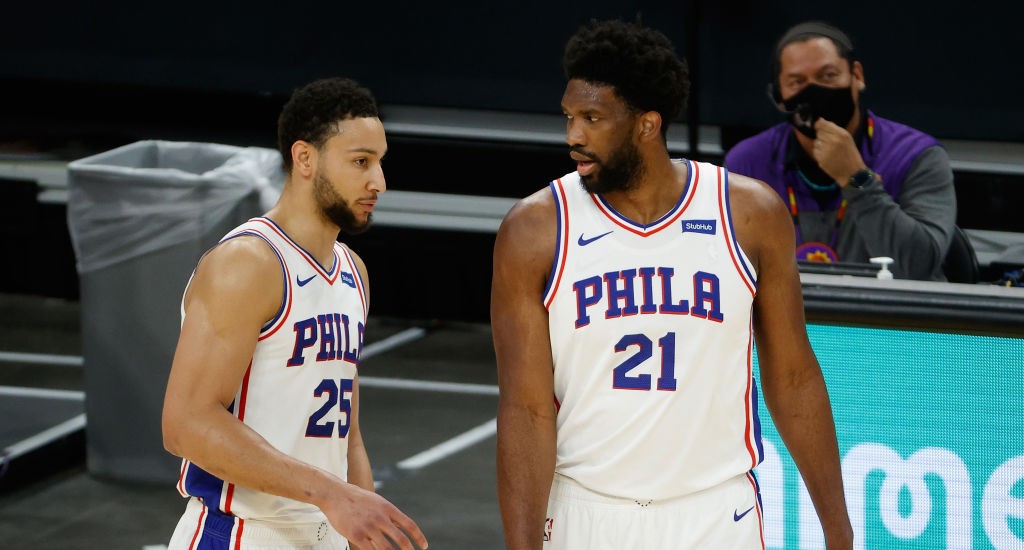 If Joel Embiid has his way, the Philadelphia 76ers will run things back next season. One day after a report came out saying that Ben Simmons told Sixers coach Doc Rivers and a collection of folks in the team’s front office that he would like a trade and does not plan on reporting to training camp, Embiid took to Twitter to indicate that he would prefer that does not happen.

Embiid made it a point to respond to a USA Today Sports report that there’s a growing rift between himself and Simmons. The 2020-21 NBA MVP runner-up stressed that he believes he is being used “to push people’s agendas” before diving into his relationship with Simmons and how he believes that the team’s inability to make it out of the second round of the Eastern Conference playoffs this past season was “on me personally.”

Sources “Trust me bro”!! Stop using my name to push people’s agendas. I love and hate drama. I love playing with Ben. Stats don’t lie. He’s an amazing player and we all didn’t get the job done. It’s on me personally. I hope everyone is back cuz we know we’re good enough to win https://t.co/1kq9VI9byE

From my own experience, y’all have no idea how much this media makes up stuff for followers and shame on you for believing them.

While he was critical of Simmons passing up a dunk in the team’s Game 7 loss to the Atlanta Hawks, Embiid hasn’t spoken out about the goings on with Simmons this offseason. He did take to Twitter in the aftermath of the report of his running mate’s desire to leave Philly, he was more interested in trying to suss out what his favorite soccer team, Real Madrid, was going to do as the transfer window in Europe came to a close.