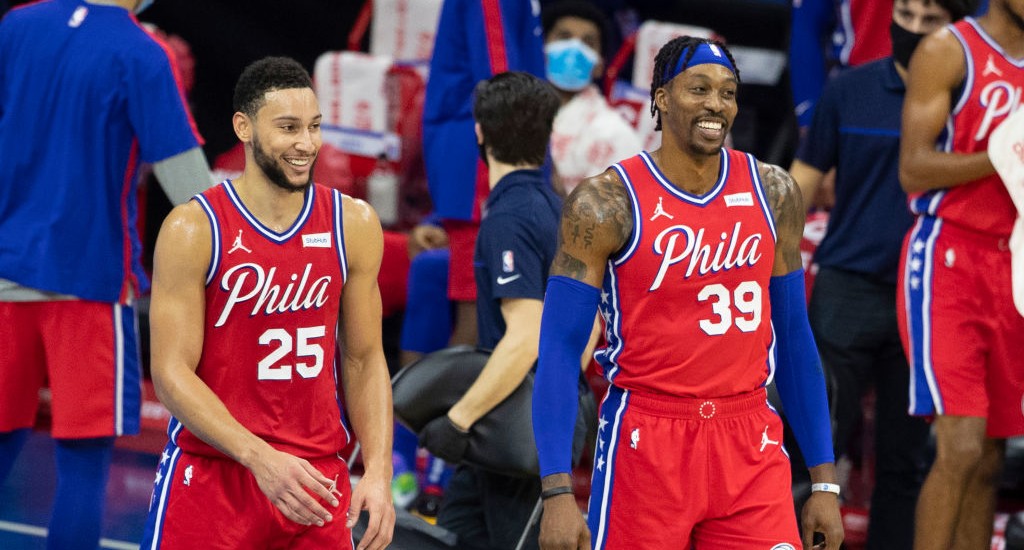 Ben Simmons has been the leading topic of conversation around NBA circles for the past two days after the Sixers lost Game 7 at home to the Atlanta Hawks, with Simmons’ continued refusal to even attempt a shot in the fourth quarter garnering major headlines and even commentary from Doc Rivers and Joel Embiid.

As such, there is plenty of speculation that the All-Star will be on the trade block this summer, although the Sixers have spent the last 24 hours playing a bit of damage control with both Doc Rivers and Daryl Morey professing their belief in Simmons to continue getting better and being a part of their long-term success. Still, there’s skepticism that is much more than the necessary vote of confidence in case a trade can’t materialize (and keeping his value as propped up as possible).

However, while Simmons has been buried for the past few days (and really for much of the series), at least one of his teammates wanted to offer him some public support in Dwight Howard. The Sixers backup center knows all about hearing criticism and wanted to voice his support for Ben and also note that he believes th is will make Simmons better in the long run and fuel him to come back as the best version of Ben Simmons we’ve seen yet.

"He's 24 years old. He's still learning who he is as a person and a player."@DwightHoward says he's got Ben Simmons' back. Respect

Howard is right to point out that the criticism of guys who struggle in a spot like Simmons can go way too far, and as his teammate he’s absolutely right to stand up for him and make sure he knows he’s loved and supported in that locker room. It’s very possible Simmons bounces back from this in a big way and takes those critiques head on and becomes a better player from this. He’s a special talent whose biggest weakness just happens to be the part of the game that is easiest to watch for, and it leads to a lot of wild commentary that devalues all the other great things he can do for a team.

At the same time, it’s possible that a trade (depending on where it is to) would be good for Simmons, who noted after Game 7 that he loves Philly but needs to take a step away this offseason to get his mind right. From the persistent fit questions alongside Embiid, who is the clear focal point for the Sixers, to how he’s become the martyr for this year’s playoff failure, being in a new situation might be the thing that helps Simmons unlock the best of his game. A new organization would have new voices and new ideas for him, and it might free him up from some of the burden of expectation that exists in Philly and with that fanbase.